On the latest episode of Tottenham Hotspur podcast The Extra Inch, Chris Miller, Nathan Clark, and @BardiTFC have been discussing the latest goings-on at the North London club, with a focus on some of the players who have been linked with the Lilywhites in recent weeks.

One brief topic of conversation, on the recent episode which was titled: ‘Sold Elvis, Bought the Beatles‘, was former Spurs midfielder Mousa Dembele.

Kieran Trippier spoke earlier this week on the Beautiful Game podcast, and named the Belgian international as ‘the best player I’ve ever played with’, and suggested that Spurs might have even gone on to win last season’s Champions League final had he not been sold (via Last Word on Spurs).

When discussing reported Spurs transfer target Kim Min-Jae and how he is doing in the Chinese League with Beijing Guoan, Clark decided to bring up Dembele; as he plays for fellow Chinese side Guangzhou R & F, and based on his comments, it seems as if he would disagree with the comments from the Atletico Madrid right-back.

Here’s what Clark had to say in full about Dembele:

“Mousa Dembele was very clearly long finished as a Premier League footballer and could barely manage 45 minutes, [he had] constant physical injury issues playing through pain, and now he is just dominating the Chinese Super League and standing out as an athlete at the age of 32. So I think that gives an insight into the pace and athletic quality of the Chinese Super League.”

Dembele was certainly struggling with injury issues in his final couple of seasons with the Lilywhites, so it is understandable why Clark feels it was the right time to move the Belgian on. The 32-year-old was impressive in his time with Spurs; contributing 10 goals and 12 assists in 249 appearances (per Transfermarkt), and regularly averaged above a 7/10 rating for his performances in the Premier League.

Was Dembele finished as a Premier League player? 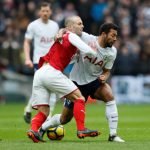 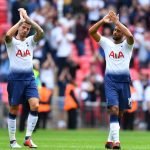