Spurs fans on Twitter have been reacting to the latest report on Bournemouth winger Ryan Fraser, which now suggests that Tottenham have reached an agreement with the Scottish international.

According to TodoFichajes (via The Spurs Web), the Lilywhites have reached an agreement to sign the 26-year-old on a free transfer ahead of next season. It also suggests that his contract details are likely to be made official next week. The winger is out of contract with the Cherries as of the end of June and has been regularly linked with a move to the Lilywhites in recent months.

So far this season, the Bournemouth man has struggled to impress in his performances in the Premier League this season, averaging a 6.57/10 rating across 28 appearances in the top flight, having contributed just one goal and four assists (per WhoScored). Should he join the North London club this summer, fans will no doubt be hoping that he can rediscover the form he showed last season in the Premier League – when the 26-year-old contributed a superb seven goals and 14 assists across 38 appearances.

Who would you rather see Spurs sign this summer? 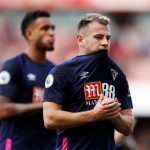 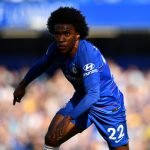 Reaction from Spurs fans to the latest report on Fraser can be seen in the tweets below.

Clutching at straws here, but he was quality last season in my PL fantasy team. Loads of assists

One fan commented that Fraser is a better player than Willian, who Spurs have also been linked with signing – although the Brazilian has certainly had a better campaign this season, averaging a 7.25 rating for his performances in the Premier League.

Free transfer and an extra man. Much better then Willian as well

I’m old school believing a good team has a Scotsman in it. I like this chap – skillful and gutsy with a good engine. And Scottish.

Other Spurs fans were less excited by the news, however.

Great we discuss Coutinho and we get Fraser

It seems that overall, the news on Fraser has split the Spurs fanbase. Jose Mourinho already has the likes of Heung-Min Son, Lucas Moura, Steven Bergwijn and Erik Lamela available to play on the wing, so it is perhaps hard to see Fraser coming in and being a regular starter straight away, but if he signs, then he could be valuable in terms of adding depth to the Portuguese manager’s squad.