Spurs fans on Twitter have been discussing Inter midfielder Matias Vecino after it was suggested that the Lilywhites have been offered the chance to sign the Uruguayan.

According to the Daily Star (via The Spurs Web), the 28-year-old first came up in conversation between the two clubs when they were negotiating the transfer of Christian Eriksen in January, but a transfer failed to materialise. The report suggests that Arsenal and Everton are also interested in signing the Inter ace ahead of next season, so Spurs could face some competition for his signature.

So far this season, the former Fiorentina man has averaged a disappointing 6.76 rating for his performances in Serie A, having contributed two goals and two assists in 18 appearances in the Italian top flight (per WhoScored). The midfielder is currently valued at £16.65 million by Transfermarkt, but if he is truly being offered out by the Italian side, then perhaps Spurs could negotiate a lower price for the 28-year-old this summer, especially with the majority of transfers likely to be cheaper due to the current viral outbreak.

Spurs are arguably well-stocked in central midfield, with the likes of Giovani Lo Celso, Tanguy Ndombele, Moussa Sissoko, Harry Winks, and Oliver Skipp all available to play in that position, so you could argue that they should be looking to strengthen elsewhere in the summer transfer window.

Would Vecino be a good signing for Spurs? 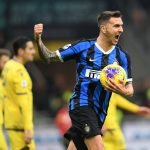 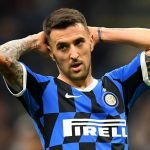 Reaction from Spurs fans to the reported interest in Vecino can be seen in the tweets below.

Just rumours. We have so many central midfielders now dont need him, should focus on getting a Defensive Midfielder.

Nonsense. We have too many Cm’s already

Other Spurs fans have suggested that they don’t want to sign the midfielder this summer.

Some believe that Vecino has been regularly linked in the past.

His seems to be a name that pops up regularly enough.

Meanwhile, another fan thinks there is a potential way of making the deal for Vecino slightly cheaper.

inter still owe us 15m for Eriksen, keep the money and give us the player, easy

Overall, it seems as if the majority of Spurs fans wouldn’t be keen on signing Vecino this summer.