Tottenham Hotspur fans on Twitter have been responding to the latest social media post from Spurs journalist Alasdair Gold.

Gold captioned his post with the points he has taken from watching the training footage. The first point he said was that “Tanguy Ndombele’s clearly not looking to impress in training or ever play for Mourinho again”.

Another point he said was that it was “fair play” of Ndombele to be wearing a hat in training “when lesser men would faint”.

Gold’s final point was that Oliver Skipp “will hunt you down & clatter you even in training.”

This post from Gold then gathered a lot of replies from Spurs fans who were quick to respond, specifically on Gold’s points about Ndombele.

What I took from this. 1) Tanguy Ndombele's clearly not looking to impress in training or ever play for Mourinho again ? 2) Fair play for always wearing that hat when lesser men would faint 3) Oliver Skipp will hunt you down & clatter you even in training pic.twitter.com/RBKP9ZKJBG

And your first point here is pointless… I am a huge fan of yours but does it make sense to you for a player to say or suggest he doesn’t want to play for a manager anymore?. Players are professionals and should be held accountable too

The Frenchman signed to Tottenham in the previous summer transfer window from Lyon for a fee of £54 million (per Transfermarkt).

Since then, the midfielder has gone on to make 19 appearances in the Premier League so far this year, with his performances in those appearances earning Ndombele a season rating of 6.76/10, making him Spurs’ 12th-highest-rated player this campaign (per WhoScored).

What is it with him and that beanie, it was hot out there today. Whenever he plays he always seems to fiddle with his trunks. A bit like Bale in the early days with his obsession with his hair.

Would you start Ndombele in Spurs' next fixture? 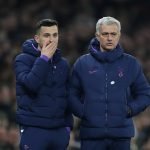 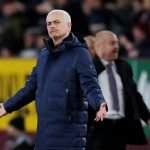 However, Gold then replied to his original tweet revealing that his point on Ndombele was sarcastic.

Need to work a bit on the sarcasm Al, those who arent getting this will jump the gun on you??

I appreciated the sarcasm before ever watching the video. Thank you.

So your saying ndombele is doing well?? ??

It’s good to see that the majority of these Spurs fans picked up on the light-hearted sarcasm of Gold’s tweet.

On the other hand, the fact that some Spurs fans took it seriously and were somewhat offended by this post from Gold shows just how much they like the midfielder and want to see him thrive at Tottenham.