Some Newcastle United fans have been talking about the latest tweet that Joey Barton recently relayed on social media.

A Newcastle United fan recently replied to a tweet from Barton, saying that the former midfielder is ‘welcome back’ at the club and that Toon fans think ‘the world’ of him. Barton quote-tweeted this and said that Newcastle will always be a ‘special’ place for him. He also said that he has ‘incredible memories’ from his time at the St. James’ Park.

When Barton tweeted this, many Newcastle fans flocked to it. They had positive words to say for their former midfielder.

Would have you back tomorrow legend.

Would you class Barton as a Newcastle legend? 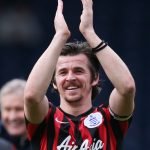 He wasn't a legend 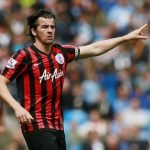 Barton was at Newcastle for four years, joining the club from Manchester City in the summer of 2007 before leaving for Queens Park Rangers in the summer of 2011 on a free transfer. He went on to have spells with Rangers, Burnley and Marseille (via Transfermarkt).

The current Fleetwood Town manager‘s tweet left many other Toon fans raving. They flocked to it and made their admiration for him clear.

Always remembered up here mate. 100% graft and commitment. Thank you.

No matter what you thought of Joey, you just knew the team had that bit of bite of on the park when he played. I loved that. Passion to play for the shirt. As a fan, it’s all I wanted to see.

Once Ashley is gone. Surely you gotta party with us.

There’s nothing more a fan can ask than see a player have pride in wearing the black and white shirt you always gave a 100% Joey always a place in the TOON for you.

During his time at Newcastle, Barton had made a total of 84 appearances in all competitions for the club. He also scored eight goals, while picking up a total of 16 assists. In the 2010/11 campaign, Barton contributed to 13 goals in 32 Premier League games (4 goals, 9 assists) when the club had returned to the top flight after a season in the Championship (via Transfermarkt).

Considering how long Barton played at the club and how he stayed through their relegation and promotion to the Premier League, one can see why the Toon fans still have a lot of respect for him.