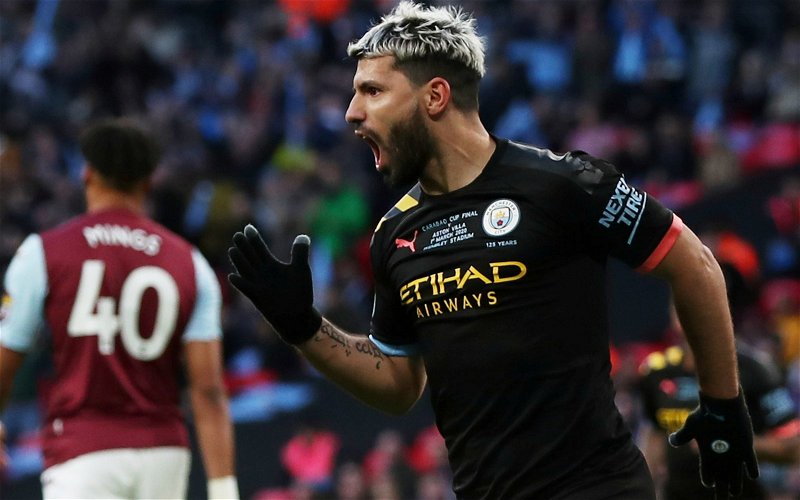 According to reports, Sergio Aguero has been in talks with Napoli’s director of football, Cristiano Giuntoli, regarding a possible move to the Italian club.

AreaNapoli (via Sport Witness) recently reported comments made by RAI journalist, Ciro Venerato, on the Goal Show, in which he stated that Sergio Aguero and his brother have been in talks with Giuntoli regarding a potential move to Gli Azzurri.

While Aguero is contracted until next summer with Manchester City, there has been little movement on a new contract for the 32-year-old, meaning that should City fail to agree a new deal with the Argentina international, he could leave the club on a free transfer next year.

Since moving to City from Atlético Madrid for a fee of £36m back in 2011, Aguero has gone on to establish himself as a club legend, scoring a remarkable 254 goals and providing 72 assists over his 369 appearances with the Citizens.

And despite his ever-increasing age, the 32-year-old has once again been in fine form for Pep Guardiola’s side this season, scoring 16 goals and providing three assists over 23 Premier League appearances, averaging a WhoScored match rating of 7.16/10.

Aguero has been in fine form in the Champions League too, scoring two goals and averaging a match rating of 7.15, despite making just three appearances in the competition. He has notched a total of 23 goals in all competitions for City in 2019/20.

Having said this, the forward will have turned 33 by the time his current contract expires next summer, meaning that City could start to look at younger options to lead the frontline, such as Gabriel Jesus.

Is Jesus good enough to be City's number one striker after Aguero? 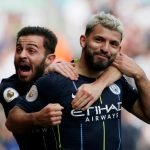 Although, this is purely speculation, and City could well offer the forward a new contract over the summer. Only time will tell.