A recent report has suggested that Manchester City, Tottenham Hotspur and Chelsea are all interested in signing Real Madrid right-back Achraf Hakimi.

According to 90min, the Premier League trio have all enquired about the availability of the Moroccan, who has been on loan with Borussia Dortmund since 2018. The 21-year-old has seriously impressed during his time in the Bundesliga, contributing 12 goals and 17 assists in 70 appearances for BVB (per Transfermarkt).

The young defender has also excelled this season in the German top-flight, contributing five goals and 10 assists across 30 appearances, averaging a superb 7.39/10 rating for his performances (per WhoScored). Manchester City are already well-stocked in terms of right-backs, with Kyle Walker predominantly first choice, with Joao Cancelo having been signed from Juventus for £58.5 million just last summer (per Transfermarkt).

However, with Cancelo’s first season in the Premier League having arguably not gone to plan, with the Portuguese right-back making just 11 appearances in the top-flight, perhaps the Moroccan international could be brought in as the long-term replacement for Walker in Pep Guardiola’s side. 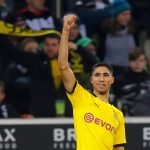 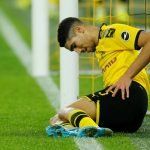 Hakimi would certainly prove an expensive option this summer, with the 21-year-old currently valued at £48.6 million by Transfermarkt. You wonder whether he will be able to return to Madrid this summer and displace long-standing right-back Daniel Carvajal from the first-team, and if not, how much Los Blancos would be willing to let him leave for this summer. It will be interesting to see if the Citizens can fend off competition from the likes of Spurs and Chelsea to complete his signing.