Liverpool full-back Nathaniel Clyne reportedly looks set to be nearing the end of his time as a Reds player.

This comes after it was claimed in a recent report by Football Insider that the Merseyside club have not offered the defender a short-term deal that would see him be able to complete the current season with the Reds and instead want him to see out his current contract that runs out at the end of the month.

The report also added that Clyne is currently training on his own and not alongside the rest of his Liverpool teammates.

Clyne first joined the Merseyside club back in 2015 from fellow Premier League side Southampton for a fee of £15.93 million (per Transfermarkt) during Brendan Rodgers’ reign.

Since then, the 29-year-old, who is currently valued at £7.2 million according to Transfermarkt, has gone on to make 103 appearances for the Reds in which he has managed to score two goals and provide five assists (per Transfermarkt). 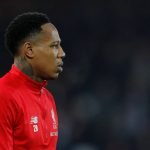 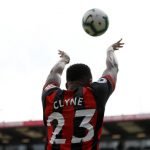 It’s a real shame that Liverpool reportedly haven’t offered Clyne any sort of new deal to keep him at the club.

This shows that the club aren’t interested in having Clyne around anymore which seems quite harsh when he’s not long come back from his latest serious injury.