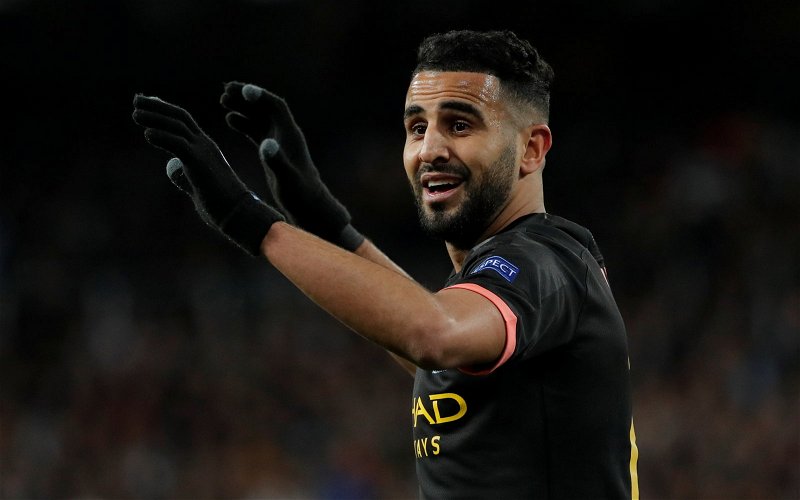 Former Leicester City attacker Gary Taylor-Fletcher recently appeared on The Athletic’s ‘Going Up, Going Down’ podcast, where he shared his first impressions of Riyad Mahrez.

Taylor-Fletcher joined the Foxes in September 2013, whilst Mahrez arrived at the King Power Stadium a few months later in January 2014. In his recent appearance on the ‘Going Up, Going Down’ podcast, Taylor-Fletcher revealed that he felt that Mahrez was “a sulky, arrogant, young kid” when he first arrived at Leicester City.

The 39-year-old went on to explain that while he recognised the Algerian’s ability, he became frustrated by what he perceived as Mahrez’s lack of desire to improve at first, stating that the winger “wouldn’t listen” to advice from him and his coaches. Taylor-Fletcher does go on to explain that he did eventually notice a change in the winger’s attitude.

However, the season after that, Mahrez scored an impressive total of 17 goals and provided 10 assists in 37 appearances in England’s top flight, helping Leicester City to the Premier League title in the 2015/16 campaign and ending that season as the player with the second-highest number of goal contributions in the Premier League, only trailing his Foxes teammate Jamie Vardy.

If Mahrez did display some attitude issues when he first arrived at the King Power Stadium, as Taylor-Fletcher has claimed, then a change in attitude may have directly contributed to his improvement during his time at Leicester City.