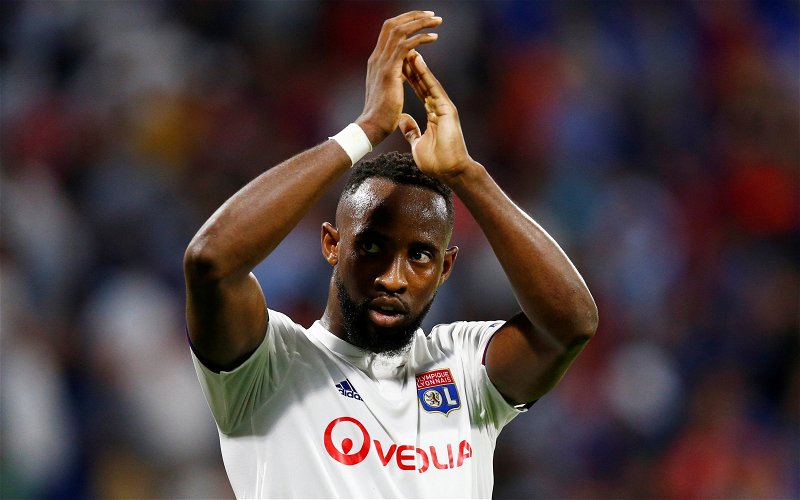 Rodgers previously signed Dembele during his time as Celtic manager and now, the 47-year-old Northern Irishman is allegedly considering making a move once again for the 23-year-old striker, who is currently valued at £36m, according to Transfermarkt.

This article from Sport Witness goes on to state that while Dembele is said to have enjoyed his time playing under Rodgers at Celtic, the King Power Stadium isn’t thought to be his ‘priority destination’ at present. As per Goal, the striker has also been linked with a move to Manchester United of late, however, Lyon boss Rudi Garcia recently confirmed to French radio network RTL (via Goal) that Les Gones are yet to receive any official offers for the player.

Leicester City striker Jamie Vardy has been in impressive form this season, scoring 19 goals in his 26 Premier League appearances thus far, which makes him the top goalscorer in England’s top flight this term. This also means that the 33-year-old has scored almost a third of the Foxes’ 58 Premier League goals during the 2019/20 campaign.

However, considering that he is now 33 years old, it may be understandable why Rodgers may be in the market for his eventual successor, and as 23-year-old Dembele has played under the Northern Irishman before, it mightn’t come as a big surprise that Rodgers is said to be considering a move for him.

Dembele has also delivered some impressive performances this term, scoring 16 goals in 27 Ligue 1 games, making him Lyon’s top league goalscorer this term. He has also earned a higher average overall rating in Ligue 1 this season than all of Lyon’s players except for Memphis Depay and Bruno Guimaraes.

Prior to Ligue 1’s cancellation back in April, Depay had been out of action since December due to injury and Guimaraes only joined the club at the end of the January transfer window, so with that in mind, it may be fair to say that Dembele may have had to bear a greater deal of the workload for Les Gones than those players throughout the season, while the fact that he still performed well in spite of this may have led to his former manager Rodgers developing an interest in linking back up with him.