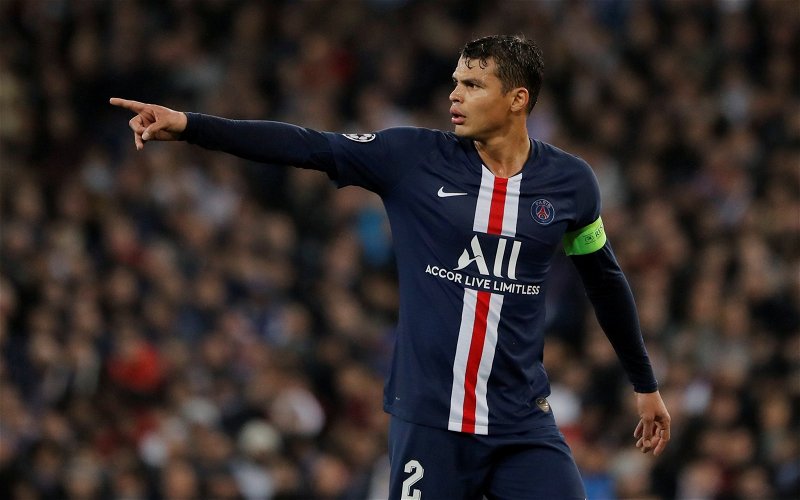 According to journalist Nicolo Schira, the Goodison Park club has initiated talks to sign the 35-year-old from PSG when his contract expires.

His current deal with the Parisian club is set to expire on 30th June (per Transfermarkt).

A recent report from L’Equipe has already revealed that the Brazilian will not be having his contract extended with PSG and will be leaving the club when his current deal expires.

As relayed by Schira, the fact that Carlo Ancelotti is the manger of the Toffees may be ‘decisive’ in the Merseyside club being able to secure his services.

The current Brazil international has a market value of £4.32million, according to Transfermarkt.

While Silva is currently 35 and turning 36 in September, his level of involvement for PSG over the 2019/20 season would suggest that he is still capable.

Not only did the Brazilian make 30 appearances for PSG, including six in the Champions League, he also captained the side in all of his appearances except for a short cameo in the Trophée des Champions (per Transfermarkt).

In the league, too, the centre-back showed his ability with a solid average rating over 21 outings (per WhoScored).

While he was only the side’s 13th-best performer in Ligue 1 this season for PSG, he earned a very respectable 6.97/10 average rating.

If Silva was to have replicated the same average rating for Everton in the Premier League this season, he would be Ancelotti’s fourth-best performer (per WhoScored).

So, it would seem that while the Brazilian is an ageing defender, he would still be quite the coup for the Goodison Park outfit on a free transfer.