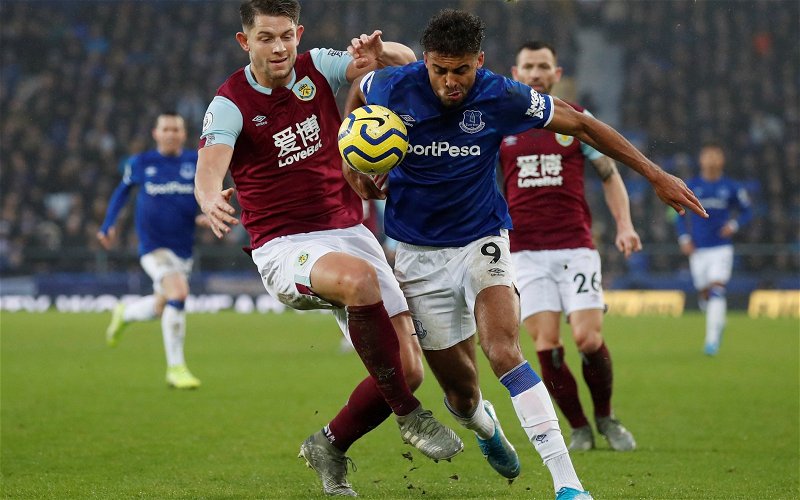 According to a recent report in the Mirror, Crystal Palace and Leicester City are both interested in Burnley centre-back James Tarkowski.

The report suggests that both clubs are keen on signing the England international, who is valued at £18m by Transfermarkt, with Brendan Rodgers attempting for a second time to sign the 27-year-old after he reportedly made a move for the defender last summer, only to be put off by Burnley’s £50m asking price.

However, the report goes on to suggest that, following the pandemic and its influences on both the football season and the transfer market, the Clarets may no longer be in a position to turn down a decent offer for the defender.

Roy Hodgson’s side appear to be Leicester’s main rivals for his signature, with the Mirror tipping the two sides to battle for the centre-back as they look to improve their respective defences.

Since arriving at Burnley from Brentford for a fee of £3.6m back in 2016, Tarkowski has gone on to make 134 appearances for the club, scoring four goals and providing two assists.

So far this season, the 27-year-old has made 29 appearances in the Premier League, averaging 1.7 tackles, 1.7 interceptions, 1.3 blocks and a remarkable 5.1 clearances per game, in addition to an impressive WhoScored average match rating of 7.11/10.

More broadly, Tarkowski’s rise from Oldham Athletic to Brentford and then to Burnley, before establishing himself as a Premier League regular and going on to be capped by England, is extremely impressive.

Do you believe that James Tarkowski would be interested in a move to Palace?

As such, it would seem that Palace would be acquiring an extremely solid and capable centre-back in Tarkowski, and one who can seemingly take each step up in his career with apparent ease.