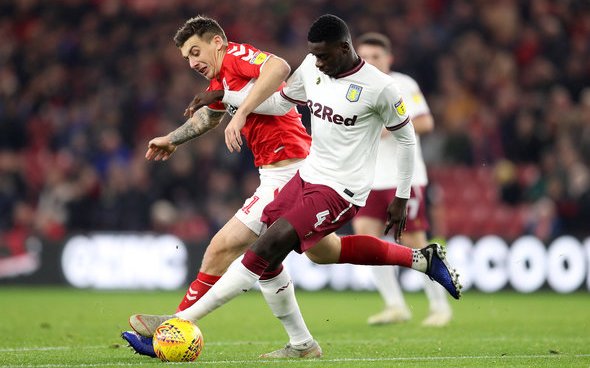 Aston Villa fans on Twitter have been pleading for their club to sign Manchester United defender Axel Tuanzebe this summer.

This comes after Villa news Twitter account @AVFC_News shared a post on their page asking their followers if they would make another move for the defender this summer, following the defender being linked with a season-long loan move to Turkish outfit Besiktas – the details of which (via Birmingham Mail) was shared online.

This post then gathered a lot of replies from Villa fans who were not shy in airing their thoughts over a potential summer transfer for the Englishman.

Would you make another move for Axel? #avfc https://t.co/gC71tRSVTS

Definitely. The lad has quality. Better than Engels & Hause.

The 22-year-old, who is currently valued at £7.2 million according to Transfermarkt, first joined the club back in January 2018 where he spent the remainder of the 2017/18 season on loan from United.

Tuanzebe then spent the entirety of the 2018/19 season on loan at Villa, helping them win promotion back to the Premier League.

The 2018/19 season saw Tuanzebe become a regular figure for Villa having made a total of 30 appearances for Dean Smith’s side (per Transfermarkt).

Bring him home, he just “got” the club, oozed class and passion

In his first season back at United since returning from his spell at Villa, injuries have unfortunately disrupted his season at the Manchester club, resulting in Tuanzebe making just ten first-team appearances for the Red Devils.

Now that the question has been put to these Villa fans on whether or not they would like to see their club make another move for Tuanzebe, this sparked a big reaction on Twitter.

One Villa fan even suggested that Tuanzebe be involved in any potential transfer deal that could see Villa’s club captain Jack Grealish move to United this summer.

Said a million times, if Jack goes United, Axel has to be part of that deal.

Looking at these replies from this group of Villa fans, they certainly seem eager to have Tuanzebe back at Villa Park in the future.

This just goes to show that he certainly left a positive impact on these Villa fans during his previous period at the club.