Spurs fans on Twitter have been reacting to some quotes from on-loan Newcastle United man Danny Rose regarding Harry Kane’s impact in the 3-2 win against Ajax in last season’s Champions League semi-final.

The 29-year-old spoke on the Lockdown Tactics podcast alongside Kris Boyd and Robert Snodgrass, with Harry Kane one of the main topics of discussion. The left-back brought up how the England captain, despite being injured at the time, came down to the dressing room at half time when Spurs were 2-0 down on the night and gave a rousing speech to the squad.

He said (via The Spurs Web): “He came down and he just ripped into us basically. Just telling us we weren’t good enough and a certain player [Frenkie De Jong] was running the show for Ajax, what were we going to do about it? We had to pull our fingers out.”

Spurs, of course, produced a stunning comeback and progressed to the Champions League final thanks to Lucas Moura’s second-half hat-trick (per BBC).

Should Harry Kane be club captain? 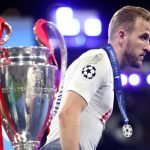 Reaction from Spurs fans to the quotes from Rose can be seen in the tweets below.

Why is this man not captain?

Seems like the only truly ambitious player, with winning mentality, that we have

Imagine Kane as a manager in 20 years time

Why is he not Captain

These Spurs fans are clearly delighted with the impact Kane clearly had on the players, with many commenting that the 26-year-old should be captain.

It would perhaps be a surprise if Kane doesn’t take over captaincy duties when current first-team skipper Hugo Lloris eventually leaves the club, as he clearly has a huge impact in the dressing room.