Spurs fans on Twitter have been discussing the latest transfer rumour linking the North London club with a move for Real Betis striker Loren Moron.

According to Spanish news outlet Estadio Deportivo (via Ricky Sacks), Spurs have ‘assessed’ Moron’s credentials, presumably ahead of a possible move for the 26-year-old striker this summer. So far this season, the Real Betis man has contributed nine goals in 26 appearances in the Spanish top-flight, averaging a slightly disappointing 6.69 rating (per WhoScored).

Spurs spent much of this season without a fit senior striker, following the injury to Harry Kane, with Jose Mourinho regularly suggesting to fans that 18-year-old Troy Parrott wasn’t ready to take his place in the first-team. Therefore, it perhaps wouldn’t be a surprise to see the Lilywhites try and bring in a backup to the England captain this summer.

Should Spurs make a move for Moron this summer? 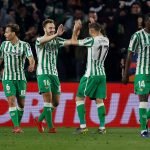 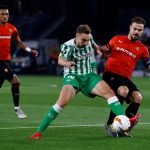 Reaction from Spurs fans to the reported interest in Moron can be seen in the tweets below.

Gooners will have a field day with that surname, no thanks it’s not worth it

From Osimhen to this

I can see the headlines already

With a name like that, he’d fit right in

These Spurs fans seem more concerned with the Spanish striker’s name rather than his talent as a footballer.

The 26-year-old is currently valued at £14.4 million by Transfermarkt, so he could potentially represent a fairly cheap back-up option for Jose Mourinho ahead of next season.