Spurs fans have been discussing Bayer Leverkusen ace Kai Havertz after it was suggested by Darren Bent that he would a great signing for the Lilywhites.

The former Spurs striker spoke to Football Insider about the 20-year-old, who has now hit four goals in two games since the Bundesliga restarted earlier this month.

He said: “His favoured position is a number 10 so that would be perfect because you’re talking about him, Harry Kane and Heung-min Son. You’ve got to rip that transfer sheet up and go: ‘He’s the best player available, we’ve got to take him.'”

The German international is currently valued at £72.9 million by Transfermarkt, so Spurs would really have to go all out if they wanted to bring Havertz to North London ahead of next season, which perhaps seems unlikely when you consider it has been previously reported that they will be reliant on swap deals and free transfers this summer. 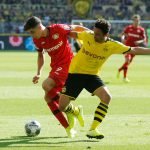 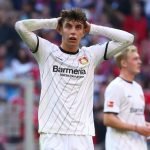 Reaction from Spurs fans to Bent’s quotes on Havertz and a potential move for the 20-year-old can be seen in the tweets below.

If we could get him it would be incredible, but not happening

This would help us challenge for the league, Havertz is an incredible talent

In a perfect world we should sign him. In reality, no chance

He is the perfect replacement for Eriksen

These Spurs fans all seem to agree that Havertz would be a top signing this summer, although some expressed doubts that Spurs would be able to convince him to make the move to North London.

Havertz has been in superb form so far this season; averaging a 7.39 rating for his performances in the Bundesliga, but with his value so high at the moment, it seems unlikely that the Lilywhites will be able to sign him at this moment in time.