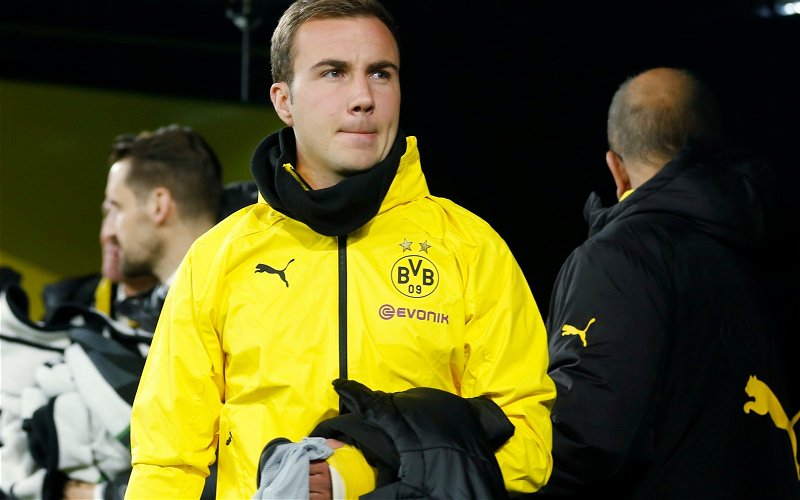 Spurs fans on Twitter have been discussing Mario Gotze after it was confirmed that he will leave Borussia Dortmund on a free transfer this summer.

The Spurs Web asked Lilywhites supporters if they would take the German international on a free in reaction to a report from Sky Sports which confirmed that he is set to depart BVB when his contract expires. It was originally reported when Dortmund sporting director Michael Zorc spoke to Sky Germany, saying: “We will part ways with Mario Gotze this summer.”

The 27-year-old has struggled for game time in Lucien Favre’s side this season, making just 14 appearances in the Bundesliga and averaging a disappointing 6.45 rating (per WhoScored). 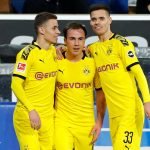 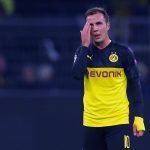 A sample of tweets from Spurs fans discussing Gotze can be seen below.

One fan even stated that this has West Ham written all over it, which could be down to the fact that he’s been linked with the Hammers in recent times.

Of course not. He’s not even half the player he was. Got 5-year deal at West Ham written all over it.

No, he’d be another Lamela who would be injured a lot of the time

No, spent force and unfit

No he’s passed it

These Spurs fans clearly feel that Gotze is no longer at his best and wouldn’t be a worthwhile signing this summer.

Gotze has struggled with regular injury issues in recent years but he is a World Cup winner – so would bring some experience with him should he join the Lilywhites on a free transfer this summer.