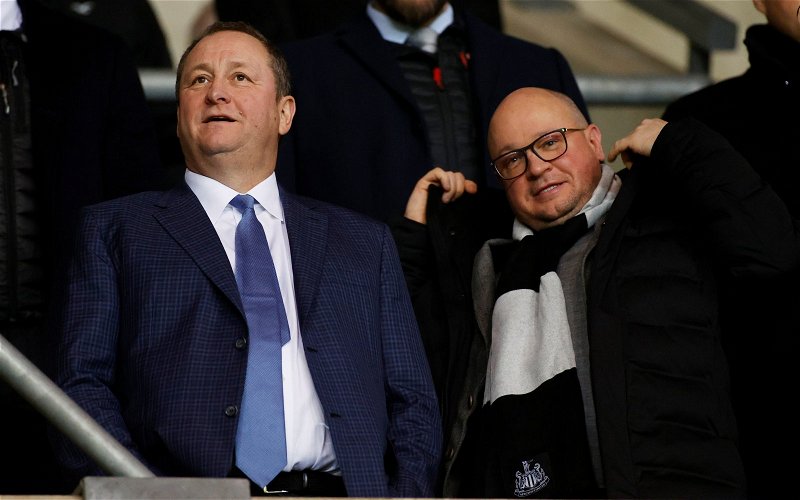 A lot of Newcastle United fans have replied to a tweet from The Athletic’s Chris Waugh, who has relayed quotes made by Lee Charnley in his programme notes from the first game of the season.

Charnley claimed that a football team ‘is only as good as its strikers, and we’ve given ourselves strong options in that area’.

Waugh then stated that between the Toon’s three strikers, they have managed one Premier League goal.

This tweet from the Athletic reporter has attracted the attention of many Newcastle fans who are baffled by these comments from Charnley.

Are you surprised by Charnley's comments?

The bloke is utterly clueless.

He’s a first class nugget that has not got a clue, Ashley’s cling on??

I nearly chocked when I read that. Priceless.

He should be sacked for this alone.

Absolutely ridiculous comment. He made a fool out of himself there.. He’s clueless. There you got evidence.

Yet Bruce was happy. Absolute bonkers isn’t it

Although Waugh claims that the Toon only have three strikers, it seems he is forgetting someone – as Transfermarkt claims that Newcastle have Joelinton, Yoshinori Muto, Andy Carroll and Dwight Gayle on their books.

However, Joelinton is the only one of these four to have scored a goal in the top flight, and his solitary strike came against Tottenham Hotspur in August.

Since then, the Brazilian has played 26 games in the league and failed to score a single goal.

It is therefore no wonder that many Toon fans are fuming with Charnley’s comments.