Fans of Manchester City have been reacting to a post on Twitter, which relays the latest in the ongoing transfer saga of City winger Leroy Sane.

According to comments made by Raphael Honigstein on the Ornstein & Chapman Podcast, Bayern believe that an agreement with Sane and his agent is ‘basically done,’ and now the club just have to reach an agreement with Manchester City in order for the winger to make the move to Germany.

In reaction to his comments, which were relayed by Man City Xtra on Twitter, fans of the club have flocked to have their say on the matter, with some suggesting that a transfer deal is usually done the opposite way around, while others have claimed that Honigstein’s remarks are just Bayern ‘propaganda’.

Would you sell Leroy Sane this summer? 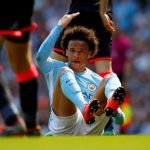 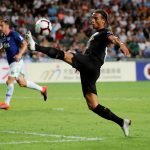 lol they really think they’ll come with an offer and we’ll accept it?

They had agreement with him 2 years ago. They don’t want to pay city and city are now in a positon that they cannot do anything

Someone should point out that it’s supposed to be done the other way around.

Its all Pep’s fault so let Sane go, no need for waiting and the fake happiness in Training

While many of the City fans appear to believe that their club will not accept an offer for Sane from Bayern Munich, it could be argued that Pep Guardiola’s side would much rather receive something for the player – even if it is significantly lower than his £72 million value – than nothing at all, as the 24-year-old can leave the club on a free when his current contract expires next summer.

However, only time will tell whether or not this turns out to be the case.