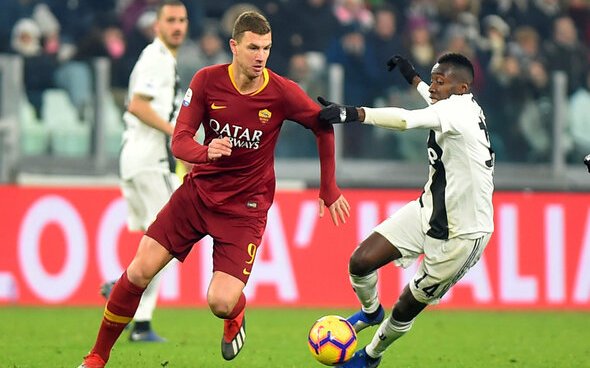 Supporters of Everton have been left talking after quotes from Edin Dzeko discussing a possible move to the Toffees emerged on Twitter.

According to football commentator Ian Darke, who was speaking on ESPN FC’s Extra Time (as per the Daily Mail), the Bosnian forward had previously stated that he would reject a move to Goodison Park for weather reasons (via @EvertonNewsFeed), which had lots of fans talking.

“What do you think I'm going to decide? I can stay in Rome or go to the pouring rain of Merseyside to play for Everton? Please don't ask me that one again.” – Roma forward, Edin Dzeko on supposed previous interest from Everton

I’m happy to not have a player who considers the weather as an important factor in a playing career.

Hes past it anyway

According to Darke, the 34-year-old striker alluded that he would rather stay in Rome than move to the “pouring rain of Merseyside” and finished by stating: “don’t ask me that one again” (via Daily Mail).

So, after the quotes were relayed to fans on social media (via @EvertonNewsFeed), lots of the Goodison Park faithful had their say on the matter.

Excactly the type of player we don’t want at the club ??

Dodged a bulleti. Would’ve been another huge waste of money.

As can be seen in the responses from these Everton fans, there is quite a mixture of reactions, with some agreeing with the striker and others slating him.

However, with the forward having spent four and a half years with Manchester City prior to his departure to AS Roma initially on loan (per Transfermarkt), the quotes seem strange as the two cities are not all that far apart (via Google).