A lot of Leeds United fans have responded to Phil Hay’s latest piece for The Athletic – an interview with former Whites striker Luciano Becchio.

Hay claims that this interview took four weeks to conduct as the Argentine wanted to speak to Hay via email, and the end result is an interesting chat with a man who scored 86 goals for Leeds in 219 appearances.

This was until he moved to Norwich City in January 2013 and struggled with the Canaries before departing for Belgrano and retiring from football in 2018.

This tweet and piece from Hay have gone down well with many Whites fans.

Is Becchio a Leeds legend? 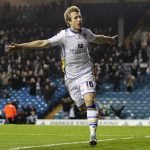 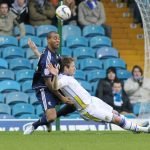 When I got in touch with Luciano Becchio, he asked if we could chat over email. So for four weeks we went back and forward about Leeds, goals, Warnock, Berbatov and almost re-signing for Cellino.

This is how the conversation went:https://t.co/6ShRgqwEql

Fantasic article Phil, really enjoyed that one!! How about trying to do a similar with Snodgrass? ?

Wow Phil. What a fantastic interview. @becchioluciano is one of my all time favourite players. A true hero. I felt many emotions reading this. Some real highs and lows as a fan. Great work and thank you Luciano ?

Phil and Luciano together? Be still my beating heart ?

Peak Becchio 12/13 would have been incredible under Bielsa ?

In the piece, Becchio talks about how he moved to Elland Road, his relationship with Jermaine Beckford, winning promotion from League One and his departure to Carrow Road.

This an intriguing piece from Hay, and it gives a good insight into Becchio.

Judging by some of the replies to his tweets, Becchio is still loved by many Leeds fans, and this piece from Hay, we think, gives Whites fans a great connection with the Argentine.