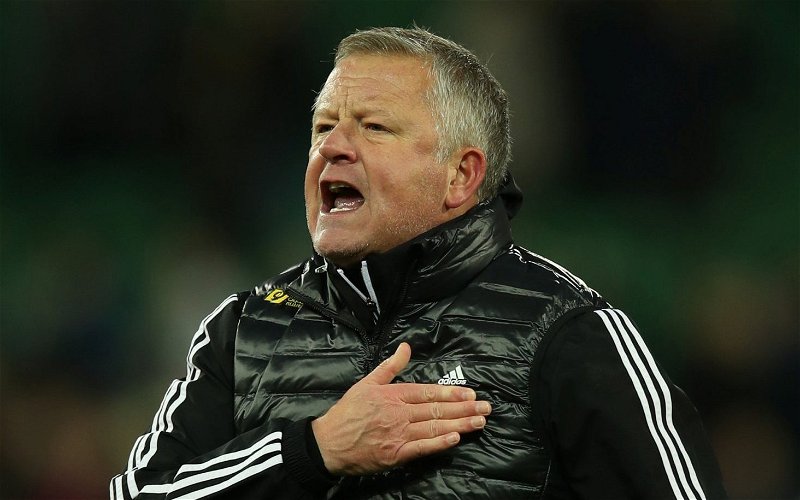 Fans of Wolverhampton Wanderers have been airing their love for an admission from Sheffield United manager Chris Wilder.

In an interview with Sky Sports, the English manager admitted that he was a “massive admirer” of Nuno Espirito Santo and Wolves, which supporters loved.

"I'm a massive admirer of Nuno and that football club." ?

Speaking on the #SkyFootballShow, Sheffield United manager Chris Wilder says Wolves' second season in the Premier League is a great example of how promoted sides can be successful in the division…? pic.twitter.com/fU0cZpcj0O

Like us , you have a great manager in Wilder , grounded, knows what he wants, great with players and staff , and fans love him.

No doubt Wilder has been brilliant and it’s refreshing to see a club competing at the top half of the Prem on a shoestring budget…but it’s not sustainable. Next season will be your biggest test, and I hope you keep going against the grain, it’s good for football.

Nuno Santo and Wilder have gone head to head on one occasion in the Premier League so far this season, with a 1-1 draw being played out at Molineux in December (per BBC).

The Old Gold and the Blades currently sit on the same points in the Premier League table, with Wolves leading United on goal difference (per BBC). Fans continued to air their admiration after the admission from Wilder, though.

Nuno and Wilder. 2 best managers in the Prem

As can be judged from the responses of Wolves supporters, there appears to be mutual respect for one another between Wolves and Sheffield United.

With the pair sat in sixth and seventh in the Premier League table on the same number of points (per BBC), it is clear to see why the two are impressed by one another.