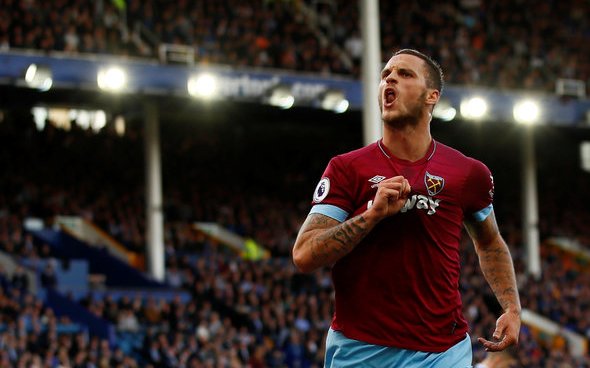 Supporters of West Ham United have taken to Twitter to slam the Hammers’ former striker Marko Arnautovic after a birthday post for the Austrian.

On Sunday, it was the striker’s 31st birthday and to mark the occasion @COYIrons_com relayed footage that the club had originally posted to Twitter, which had many slating their former player.

Disrespected the club but there's no denying how big of a player he was ? #WHUFCpic.twitter.com/WnLZ7Y83E9

Ince was good so was Payet and so was Arnie but when they disrespect the club and the fans who idolized them they are done, history

Shame he has no loyalty,and is such a greedy man

The Austrian forward spent only two seasons in London between 2017 and the summer of last year, having signed for the Hammers from Stoke City and departed for Shanghai SIPG (per Transfermarkt).

However, it was the way in which the 31-year-old forced his move to China (per The Guardian) that has left much of the London Stadium faithful fuming.

Disrespected. Understatement. The club and it’s fans. Took the money (several times) and left. Lost all respect regardless of talent. Him and Payet were ungracious in their actions.

Nope, don’t remember him! Was he better than Jeroen Boere?

While with the Irons, Arnautovic bagged a respectable 22 goals and 12 assists in 65 appearances (per Transfermarkt), so, it could be understood if supporters did miss the Austrian.

However, these fans seem totally clear in their opinion that the way which Arnautovic forced his way out of the club (per The Guardian) left too much of a sour taste and bridges burnt.