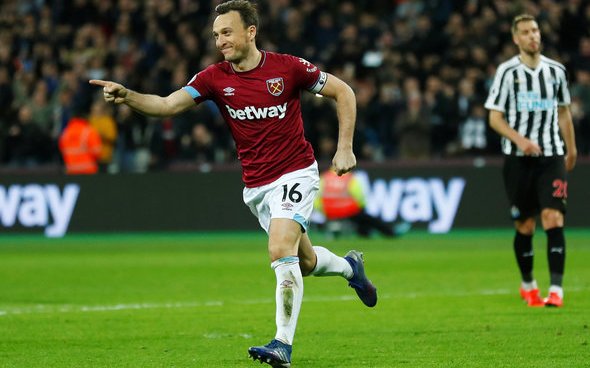 Some West Ham United fans have been reacting to a tweet that was recently posted by the Hammers’ official Twitter account which has shared a photograph of Mark Noble aged 20.

Some West Ham fans have been responding positively to this post featuring an image of the now-32-year-old from his younger days, with one of the club’s supporters replying to this tweet by declaring that Noble “was a baller at this age”.

Read the positive reactions from some West Ham fans who have been responding to this post featuring a younger Noble in the tweets below.

Mark as a prince before he turned into the king ?

Was a baller at this age

Without a shadow of a doubt most the underated all round midfielder to have ever graced the prem?
Hope to see him in the new stadium once all is back to normal keep fit nobes ?

Meanwhile, some West Ham fans responded to this post by raising the question of whether or not Noble could one day manage the club.

Fantastic! Hope he is our manager one day.

Barring brief loan spells at Ipswich Town and Hull City, Noble has spent the entirety of his professional career as a West Ham United player. He has made a total of 495 appearances for the Hammers in all competitions during his tenure at the club, scoring 60 goals and providing 59 assists, as per Transfermarkt.co.uk.

Additionally, Noble, who is now West Ham’s club captain, is currently the longest-serving player of any Premier League club, according to Transfermarkt.co.uk. With all of that in mind, it may be understandable why some Hammers supporters have reacted positively to this old photo of the player and why some have called for him to become the club’s manager one day.