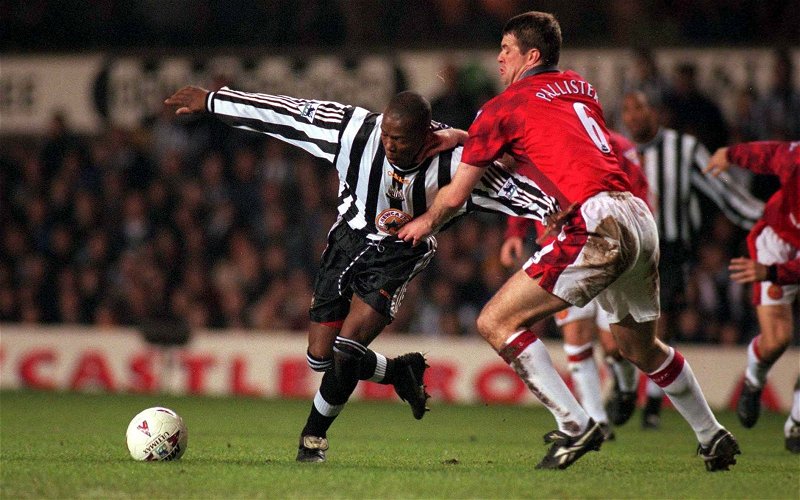 A lot of Newcastle United fans have responded to a tweet from Faustino Asprilla – the former Toon striker.

Asprilla was tweeting about the proposed takeover of Newcastle and claimed that ‘Mike Ashley saw fans of @NUFC like bar codes; hopefully, that will end soon.’

He then said that ‘this team is for lovers, not for just merchandisers.’

It is fair to say that Asprilla’s tweet has gone down brilliantly with a lot of Newcastle fans.

Yes, he has got it spot on

No, he has got it wrong

Mike Ashley saw fans of @NUFC like bar codes; hopefully that will end soon.
This team is for lovers, not for just merchandisers. pic.twitter.com/2eIB4pyzfm

Tino you are a nutter but I love you ???

Get up there tino son

Best tweet about the takeover so far, by miles

Asprilla made 63 appearances for the Toon and scored 18 goals, but he is loved on Tyneside for his moments of magic that he produced while he was at the club.

This tweet from Asprilla appears to have hit the nail on the head, and he, like many Newcastle fans, are now just waiting for the proposed takeover to be confirmed.

Jim White told talkSPORT that ‘there is no turning back’ (1:38) on this takeover, there is a legally binding contract signed, and it is now down to the Premier League to approve the move.

If this happens, we think that Asprilla and most of Tyneside will be delighted.