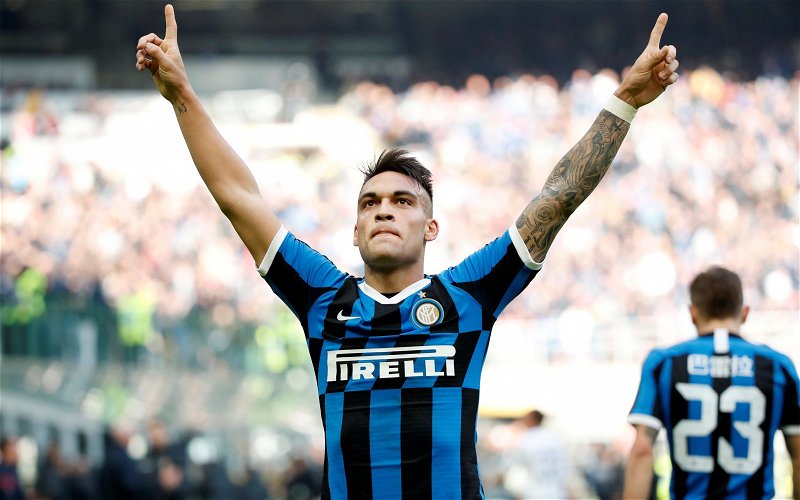 Fans of Manchester City have been reacting to a post on Twitter, which relays reports concerning the latest in City’s interest in Inter Milan forward Lautaro Martinez.

According to reports in Spanish publication Sport (via Sport Witness), Manchester City could pay the player’s full release clause of €111million (£97.7million), which is valid between July 1st-15th, while also being able to offer Martinez a salary of more than €10million (£8.8million).

In reaction to the reports, which were relayed by Man City Xtra on Twitter, fans of the club have flocked to have their say on the matter, with many calling for City do to all they can to sign the striker, while others have stated their belief that Martinez would have to fight it out with current City striker Gabriel Jesus for a place in the side.

Manchester City are ‘still there’ in the race for Lautaro Martinez, along with Barcelona.

City have already made an offer to both the player and Inter that is ‘much better’ than what the Blaugrana are ready to offer.

Be great buy but can’t see at that price

This guy is the real deal I’ve watched alot of inter this season. He has every attribute to absolutely tear up the premier league 110m is a bargain.

Would love to see him and Jesus battle for a starting position, both are world class strikers and I think they are capable of filling Agueros massive boots. The Argentinian drive and spirit of Martnez along with his technical ability imo will make him a brilliant PL player.

Martinez has been in remarkable form for Inter this season, helping the Nerazzurri reach third place in the Serie A table, nine points behind leaders Juventus.

The £72million-rated Argentine has scored 11 goals in 22 league appearances, in addition to a further five goals in six Champions League fixtures.

As such, Martinez has proven that he can score at the highest level of the game, and all while part of a side that do not have a comparable level of quality in comparison to City.