Liverpool fans have been reacting to some quotes from Virgil van Dijk regarding his future with the Merseyside club.

In an interview with Sky Sports (via LFC Transfer Room), the former Southampton man said: “I would like to be remembered as a Liverpool legend. I want to achieve incredible things here. I would like to be one of those players that return to Anfield after retiring. I see club legends at games and I feel part of a really big family.”

Since joining from the Saints in December 2017, the Dutch international has gone on to make 113 appearances for the Reds; contributing 11 goals and six assists. The 28-year-old’s performances in the Premier League earned him the PFA Player of the Year award and he was also instrumental in Liverpool’s Champions League triumph; averaging a 7.08 rating for his performances in the competition. 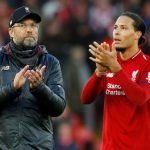 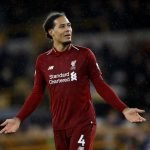 Reaction from Reds fans to the quotes from Van Dijk can be seen in the tweets below.

Hope he stays at Liverpool for years!

He’s well on the way to become a legend

Already a legend at the club @VirgilvDijk

THE BEST CB IN THE WORLD

If he stays for another 5 years, we will have a real leader in defence.

These Liverpool fans clearly enjoyed the quotes from Van Dijk, with some already regarding the 28-year-old as a legend at the club.

Van Dijk, who is valued at £90 million (as per Transfermarkt), has been excellent so far this season; averaging an impressive 7.40 rating for his performances in the top-flight and he will surely seal his place in Liverpool’s history books should Klopp’s side claim the Premier League title.