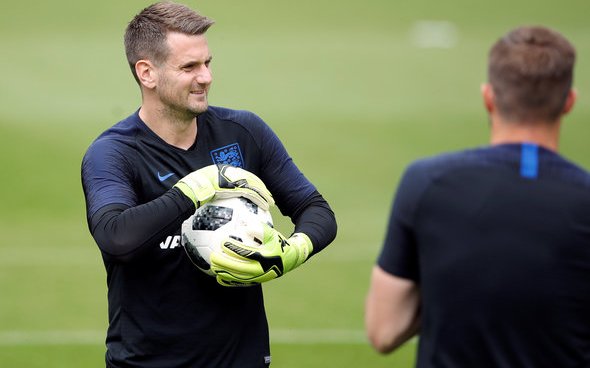 Aston Villa fans have flocked to Twitter to respond to the club’s latest post on goalkeeper Tom Heaton.

This post then gathered a number of replies from Villa fans who were eager to share their own messages to the shot-stopper.

Shame he’s getting on but still a cracking player

Happy Birthday. I hope the injury recovery is going well!

Happy Birthday Tom have a great day. Looking forward to seeing you back in action again. UTV

Will Tom Heaton be Villa's first-choice goalkeeper next season?

Heaton unfortunately suffered a season-ending injury back in January during Villa’s 2-1 win over Burnley at Turf Moor, which has disrupted his debut season at the club. Before his injury, the 34-year-old made 20 appearances in the Premier League, in which he conceded 35 goals and kept just four clean sheets (per Transfermarkt). Now that the club has come out and posted their birthday message to the Englishman, this has paved the way for lots of Villa fans to share their own well-wishes to the ‘keeper.

It’s nice to see the club making the effort to wish Heaton a happy birthday on Twitter. It’s also great to see so many Villa fans following suit and sharing their own positive messages to him. The hope for Heaton and the Villa fans now would be that he can make a full and speedy recovery from his injury.