The Athletic’s Phil Hay has lifted the lid on why Marcelo Bielsa chose to join Leeds United. During a recent Q&A session with a group of supporters, one of whom asked: ‘what made him choose Leeds?’

Hay responded by saying: “He liked the project, he liked what he knew about the club (history, fanbase etc), the money was right and when he looked at the squad closely, he saw plenty of players he thought he would work with. All round, it was a good fit.”

The 64-year-old arrived at Elland Road in July 2018 and immediately had an impact, guiding the Whites to the play-offs with the club finishing 13th in the Championship the season before. Unfortunately, Bielsa’s side were beaten at the semi-final stage by Derby County and despite the disappointment with which the season ended, the improvement at Leeds was clear to see.

It’s a club with a great history and tradition and Hay claims, that could well have played a part in persuading the Argentinian coach that this was the right move for him. Leeds have been the English champions on three occasions – in the 1968/69 season, 1973/74 and most recently in 1991/92 (via Transfermarkt.co.uk).

Would any other Championship club have been able to attract Bielsa? 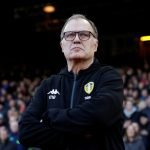 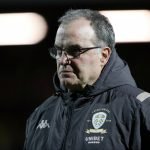 In terms of the fanbase, the Whites currently boast the largest attendance figures in the Championship by quite some distance. The average number of spectators currently stands at 35,321, which is 7,573 more than Nottingham Forest in second place.

Bielsa is also being extremely well-paid for the job he is doing at Elland Road. Days after the former Argentina and Chile boss was announced as the new Leeds boss, Starsport reported he had signed a staggering £6m-a-year contract.