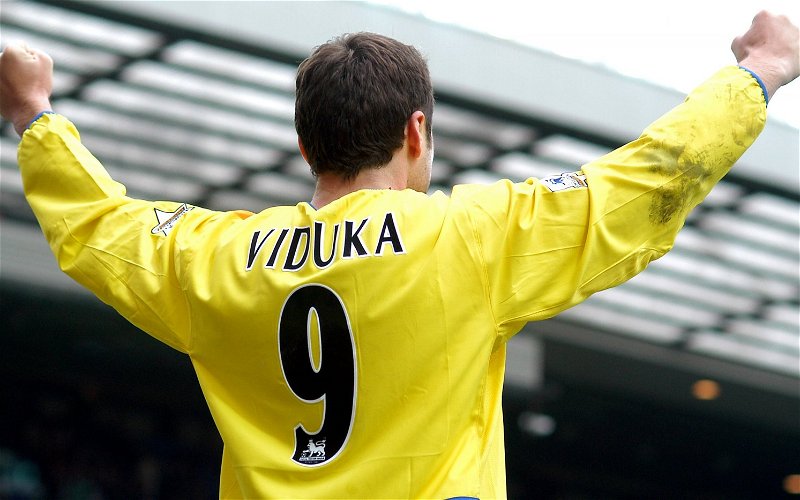 Fans of Leeds United have been reacting to footage posted on Twitter, which highlights a goal scored by Leeds legend Mark Viduka against Arsenal.

In the footage, Viduka picks up the ball on the right flank before cutting inside, beating the defender, and firing a shot across goal with rifles in the far side of the net.

The striker’s late finish not only secured a famous 3-2 victory for Leeds at Highbury that day, it also effectively kept them in the top flight that season.

In reaction to the footage, which was posted by LUFCMOT on Twitter, fans of the club have flocked to share their memories of the striker, with many reminiscing about the Australian’s brilliance that day, while others have claimed that Viduka was their favourite ever player to pull on a Leeds shirt.

Viduka was such a classy player ? #LUFC pic.twitter.com/zLuCfWSgI7

I was in the home end for that game. I could not keep my seat when that went in!!

Remember this day well! Was my birthday too!! But how he was about 3 yards offside and didn’t flag is hilarious lol

They way he could defenders for a big lad was amazing. So technically gifted. One of my favourite leeds players.

That win kept us up with 1 game left! Remember it well, I love how no one has mentioned he was a mile offside too :’)

For a big lad had a great first touch and his finishing was class ??

My fave ever player for us

Hated when he left

I can’t believe how much we got him for!

As is clear from their comments, fans of Leeds United have many fond memories of their Australian front-man, and it is not difficult to see why.

Over his four seasons with the club, Viduka scored 68 goals in 159 games, including four goals in the Champions League and the three in the UEFA Cup.

Due to his contributions, it is clear that Viduka will live long in the memories of Leeds fans, reminding them of happier days gone by.