The Athletic reporter has produced a piece on David Batty and how he ended up at Leeds – which has drawn the attention of these Leeds fans who loved Batty and this piece by Hay.

From our Unwritten series, a piece on David Batty.

– taken on by Tingley after answering an advert
– the trial which opened the door to LUFC
– “quiet kid” but an “animal” on the pitch
– rollicking from his dad after being subbed and tossing his bootshttps://t.co/jaERkVDIX9

Absolute class of a player ?

Great read Phil. Underrated by those who don’t realise what he brought to a team (think Rio said that too). Never gave the ball away, top player ?.

My all time favourite. The player I wanted to be. Loved seeing him take the ball off the opposition and giving it to Strachan, Speed and Gary Mac ?

I’ve got something in my eye… I’ve been going to Leeds games for 44 years. I just missed out on seeing the great Revie side. For me Batts epitomises Leeds, not just the club but the city. As always, thanks Phil for capturing that.

Your best article yet for me, Phil. Loved it.

Batty had two spells at Elland Road that were sandwiched by time with Blackburn Rovers and Newcastle United.

Is David Batty a Leeds legend? 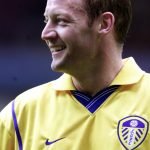 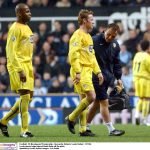 The former England midfielder and was involved in the team that won the old First Division in 1992 – the season before the Premier League was created.

Batty was famed for his no-nonsense style of play, and we feel that this piece captures that perfectly.

The piece focuses on Batty’s rise from Tingley Athletic to Leeds United.

So, it is no wonder then that many Whites fans enjoyed this latest piece from Hay.