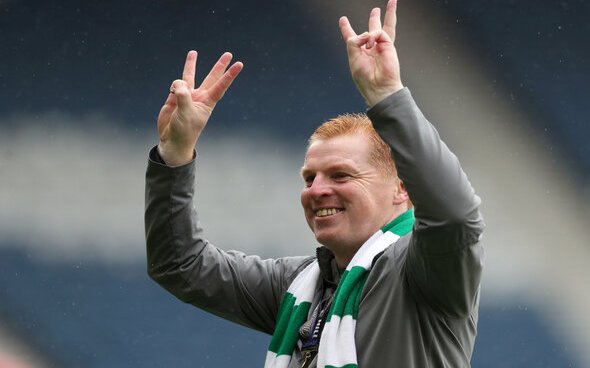 Some Celtic fans have been hailing Neil Lennon for winning the latest Manager of the Month accolade for February.

It was recently confirmed that Lennon has won the Premiership’s Manager of the Month award for February. The Hoops Twitter account posted a photo of Lennon holding the accolade aloft and they broke the news to all Celtic fans.

Does Neil Lennon deserve the Manager of the Month award?

This left many Bhoys fans raving. They think Lennon deserved to win the award over the others.

Lennon is winning the 10 points better off than last season. If Lennon gets to 104 points it’s an phenomenal achievement! Well done Boss!

There you go Oooooor Lenny Bhoy and yes we’ are going to win the league AGAIN Congratulations you deserve it x????

February was a very good month for Lennon and Celtic. They played with three at the back in every Premiership game and won all five of them. They scored as many as 18 goals during this period and let in just three goals as well.

Rangers’ struggles in the league helped them open up a big gap (currently 13 points) with the Gers. Steven Gerrard saw his side did play five games, but they won just two of them. They lost one and drew two games.

In that sense, February has been a rather defining month for the whole season and not just Celtic. Because of the contrasting forms of both clubs in February, Celtic could go onto win the Premiership. The fact that Celtic won every game during this time and didn’t slip up like Rangers shows why Lennon deserves the award.