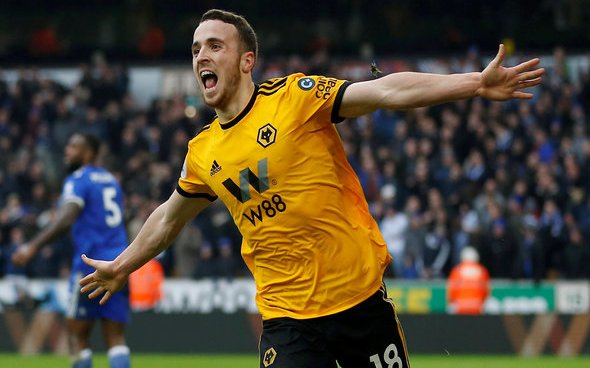 Supporters of Wolverhampton Wanderers have been gushing over footage which the Old Gold posted to their official Twitter account.

On Monday, the Molineux club posted footage of every angle of Diogo Jota’s goal against Manchester United from the 2-1 victory in the 2019 FA Cup run (per BBC), which fans loved.

So where does this rank in your all-time Molineux moments..?

THE best moment of my life, nothing else comes close

This season, the Portuguese attacker has again been in scintillating form having netted 15 goals and six assists over 39 appearances in all competitions (per Transfermarkt).

The goal scored by the 23-year-old which was posted by Wolves was part of the run which saw the Old Gold reach the semi-final of the FA Cup (per BBC), however, the goal from Jota was a fond memory for many.

The boise was electrifying. Still get goosebumps ??

My all time favourite game. It meant so much to the supporters,club,players and the city.This game truly defined the @wolves are back for good ???

As many of the supporters revealed in answer to the Old Gold’s question, many fans hold the goal as one of, if not the, greatest all-time moments at Molineux.

Hopefully, despite Mikel Arteta adding Diogo Jota to his transfer wishlist (as per Daily Mail), the Old Gold can keep hold of the player who is one of their key men.