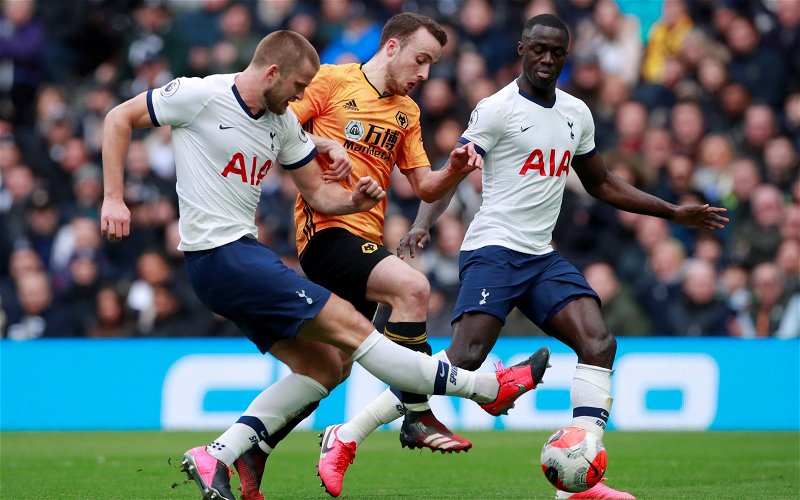 Spurs fans have not held back in their criticism of Eric Dier after the Englishman’s performance during Sunday’s 3-2 defeat against Wolves.

The 26-year-old was thrown back into the starting XI by Jose Mourinho to face Nuno Espirito Santo’s side and featured as a centre-back in a three-at-the-back system, a position he has now played three times in this season. Despite his Portuguese manager praising the makeshift defender after the game, saying: “I think Eric [Dier] played very well” (per Alasdair Gold), it seems as if a lot of Spurs fans did not agree.

So far this season, the former Sporting Lisbon man has averaged a disappointing 6.59 rating for his performances in the Premier League, which suggests that by his usual standards, his performance against Wolves; where he earned a 6.72 rating, was not a bad one.

Do you agree with Mourinho that Dier played well vs Wolves? 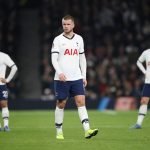 Reaction from Spurs fans to Dier’s display can be seen in the tweets below.

Toby has one bad game last weekend and gets dropped for Dier who was exactly that…. Dire. Great leadership by the coach that. #THFC

Winks is out only best midfielder need sissoko back, bergwijn scored but does nothing else, he will be benched once son is back. Dier davies foyth, vertonghen will be gone in the summer

The moral of the story is we should of won that, the way better side. Ref was appalling. Dier, Davies and Winks aren’t good enough for this club. #THFC

If i ever see dier on the pitch for spurs again im done with this club tragic player does nothing. Literally watched Jota run up the pitch and pointed for others to pick him up get this fraud out of my club.

This is not good enough at home. Our defending is shambolic. Dier getting found out here. He’s finished! Dav needs a steady head beside him. Tanga fighting hard but getting taken off. #COYS #THFC

Dier is a Championship player. thats the Tweet. #THFC #COYS

Tanganga’s inexperience catching up with him,Dier dreadful but great work from Jota. Should’ve taken him out !!! #TOTWOL #THFC #COYS

These Spurs fans clearly weren’t too impressed with Dier’s contributions against Wolves, with several commenting that the 26-year-old is far from good enough to play for the North London club.

Dier’s performance in Sunday’s game certainly wasn’t his worst in a Spurs shirt, whilst Japhet Tanganga looked to really struggle – earning a 5.77 rating. Perhaps we will see Toby Alderweireld back in the side that will face Norwich City in the FA Cup on Wednesday.