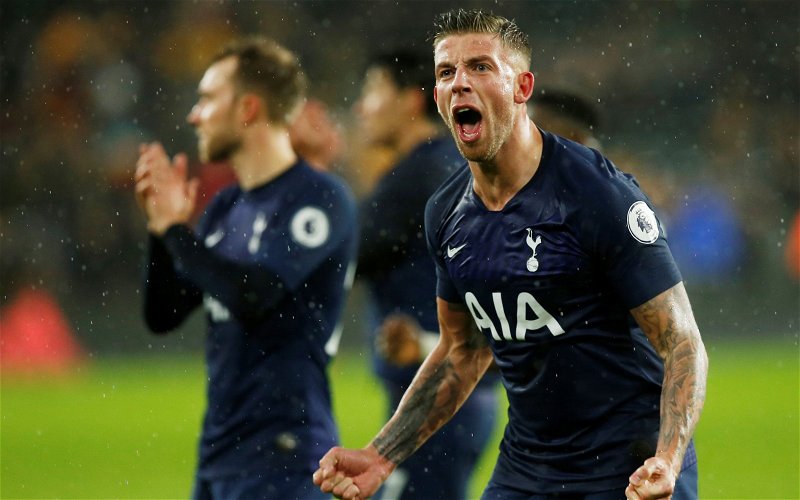 Spurs fans have been discussing Toby Alderweireld after it was revealed that the Belgian is already considering leaving the North London club when his current contract expires.

The 31-year-old spoke to Belgian outlet Sporza about his future in football, suggesting that he could well move back to Belgium when his contract with Spurs expires. He said: “I am thinking about returning to Belgium afterwards. I just miss it. I am a Beerschot supporter, but I am also a huge fan of Antwerp football as a whole.”

The former Atletico Madrid defender signed a new deal until 2023 earlier this season, but it seems as if once that contract is up, his current intention is to leave the Lilywhites. So far this season, the centre-back has appeared 27 times in the Premier League, averaging a 6.79 rating as per WhoScored.

Do you think Alderweireld should be thinking about leaving Spurs already? 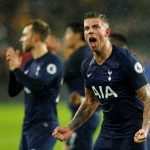 No, he should be fully focused on Spurs 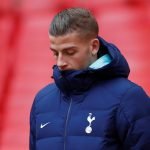 Reaction from Spurs fans to Alderweireld’s quotes can be seen in the tweets below.

Sell him in the summer

What’s the point of saying that in this awful situation Toby. Smh

He can leave now, at least we will get something foe him, good business from Jose making him sign a new contract when he arrived

These Spurs fans clearly aren’t too impressed to hear that Alderweireld is already thinking about leaving Spurs.

Alderweireld will be 34 by the time his contract is up and he clearly believes that at that point he won’t be able to still play at the top level, so you can’t blame the £27 million-rated man for wanting to return to his home country before retiring.