A group of Tottenham Hotspur supporters have been reminiscing about former midfielder Mousa Dembele on Twitter.

The conversation began when the @LastWordOnSpurs posted some footage of the Belgian on the social media platform, highlighting a stat which suggested that Spurs had kept just a single clean sheet since the midfielder’s departure in January 2019.

Here is how some of the fans have responded to the post.

He was one of the most underrated players in the PL. Master Magician of Midfield. Moussa Magic. ?#COYS

My favourite player ever

Why on earth did we sell him?

Do you wish Spurs still had Mousa Dembele? 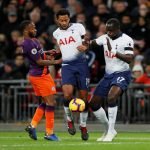 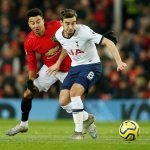 Course we have. We’re shambles

Meanwhile, this supporter believes Spurs’ inability to keep clean sheets away from home regularly has nothing to do with the 32-year-old’s departure.

Dembele, who is valued at £4.05 million (as per Transfermarkt), left Spurs in January 2019 to join Chinese club Guangzhou R&F. During his time in North London, he made 249 appearances for the Lilywhites, scoring 10 goals, providing 12 assists and picking up 33 yellow cards along the way.

Since the player’s departure, Mauricio Pochettino has been sacked and replaced by the former Chelsea and Manchester United boss Jose Mourinho. Spurs currently find themselves in eighth place at present, seven points off the Champions League qualification positions and it’s clear from the above responses many fans wish Dembele was still at the club to help them turn things around.

Considering their goalless draw against Watford in January was indeed Spurs’ solitary clean sheet on their travels since the Belgian’s exit, perhaps the fans’ feelings towards Dembele is of little surprise.