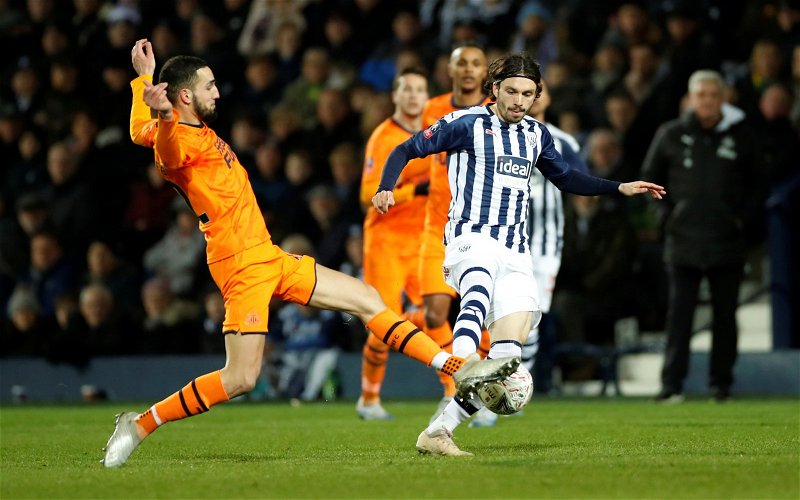 Fans of Newcastle United have been discussing Filip Krovinovic on social media following the 24-year-old’s impressive performance against the Magpies during their FA Cup victory over West Brom on Tuesday evening.

Krovinovic, who arrived at West Brom on a loan deal from Benfica last summer, has featured 30 times for the Baggies in the Championship this season, scoring two goals and providing four assists.

The £3.6 million-rated attacking midfielder has averaged a WhoScored match rating of 6.68 over the course of the season, however, the 24-year-old particularly impressed on Tuesday evening after coming off the bench for West Brom in their 3-2 defeat against Newcastle.

Following the match, Newcastle fans took to social media, with many praising the midfielder for his influence on the game, with some even suggesting that they should make an attempt to sign the player this summer.

That Krovinovic is absolute class, completely changed the game

That krovinovic geezer needs to be snapped, looks like he can hand them a way back

Lasy night, I thought Filip Krovinovic looked class. I would definetly take him @NUFC as a backup for Almiron at no.10

He’s been excellent since coming on

Considering Krovinovic has only started 53% of West Brom’s games in the Championship this season, it would appear that Slaven Bilic is far from convinced about the 24-year-old.

However, if his performance against Newcastle is anything to go by, it certainly looks as if the Croatian has the ability to play in the top tier of English football, be that with West Brom or any other interested party this summer.