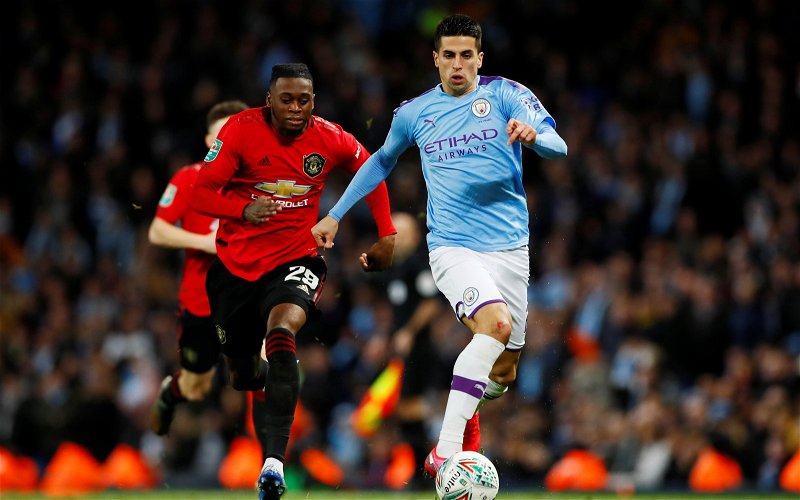 Fans of Manchester City have been reacting on social media to comments made by Pep Guardiola, in which the 49-year-old discusses the reasoning behind Joao Cancelo’s recent exclusion from the City squad.

Cancelo, who arrived at Manchester City from Juventus last summer, has made 22 appearances in all competitions so far this year, scoring one goal.

However, only 10 of the £45 million-rated right-back’s appearances have been in the league, the last of which was as a 64th-minute substitute in City’s 2-0 loss to Tottenham Hotspur back in early February.

When questioned on what the Portugal international could do to get back into the side, Guardiola stated (via Manchester Evening News): “Be himself, open-minded, listen, try to do his best. We are here to help. The normal things I want for the players. It depends on him. I can suggest but the players have to decide the rest.”

In reaction to Guardiola’s comments, City fans took to social media, with many claiming that following their manager’s remarks, Cancelo’s days at the club appear to be numbered, while others stated that they would like to see Danilo make a return to the club.

Pep Guardiola on Joao Cancelo not featuring in Madrid or at Wembley:

"Be himself, open-minded, listen, try to do his best. We are here to help. The normal things I want for the players. It depends on him. I can suggest but the players have to decide the rest."#MCFC | @ManCity

Can we have Danilo back?

That mean he’s out

Considering City spent £58.5 million on Cancelo last summer, it is likely that Pep Guardiola would have expected more than just 10 league appearances from the right-back.

Considering Cancelo played 34 times for Juventus in all competitions last season, including seven times in the Champions League, it is evident that the 25-year-old has the ability to play at the highest level.

However, Guardiola’s comments would suggest that unless there is a significant change in Cancelo’s attitude, then it may be a while before features for City again.