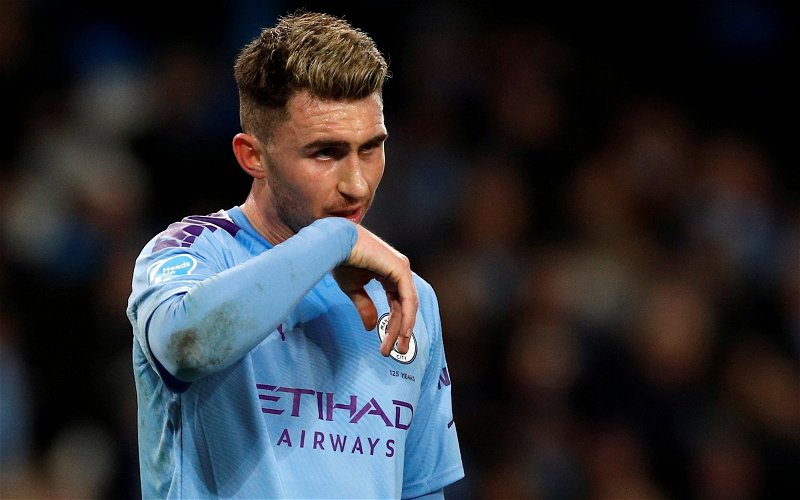 Fans of Manchester City have been reacting to a post on Twitter, which relays reports claiming that Barcelona are plotting a summer move to sign City defender Aymeric Laporte.

According to reports in Spanish publication Mundo Deportivo, Laporte is a summer transfer target for Barcelona, who are hoping to take advantage of the fact that City will not be participating in the next two Champions League campaigns due to their imposed ban by UEFA.

In reaction to the reports, which were relayed by Man City Xtra on Twitter, fans of the club have flocked to share their opinion on the matter, with many stating their belief that Laporte will not be leaving the club this summer, while others have offered Barcelona the services of John Stones or Nicolas Otamendi instead.

Barcelona are plotting a move to sign Aymeric Laporte, and will monitor the situation of the defender with great interest this summer.

The La Liga side are ready to take advantage of the possible lack of Champions League football at the Etihad next season.

Lol as if he would leave to join a Barca team on the decline. Cas will overturn or ban aswell

Take otamendi he’s world class and next Puyol. Only 25m

If City were to lose Laporte this summer it would be a real blow for Pep Guardiola’s side.

With City already struggling in the centre of defence this season, due to the club’s failure to bring in a replacement for Vincent Kompany last summer, alongside the injury struggles of both Laporte and John Stones, Guardiola has often resorted to playing Fernandinho in centre-back.

Due to their shortcomings in the position, it has been reported that Guardiola is looking to bring in two new centre-backs to play alongside Laporte next season.

However, were the £67.5million-rated Laporte to leave City, Guardiola’s task would only increase in difficulty this summer, with the manager having to find an extra defender on top of the two he already has lined up.