Liverpool fans on Twitter have been criticising former England manager Sam Allardyce for his latest comments on the club.

This comes after Liverpool fan Twitter account @AnfieldWatch shared a post on their official page relaying remarks made by Allardyce on Sky Sports over what he thinks should happen with the Premier League.

Allardyce claimed that he thinks the current season should be ended and start again next season, even though it would be “very sad” for Jurgen Klopp’s side.

This post then gathered a lot of replies from Liverpool fans who were quick to share their thoughts on these latest comments from Allardyce.

Should Liverpool be awarded the title even if the season is cancelled?

Yes, they deserve it 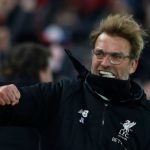 No, it wouldn't feel right

Sam Allardyce really doesn’t like #LFC does he? ? pic.twitter.com/2zGmLMGJZR

All those calling for the season to be declared null and void doesn’t give any reason to back it, just their bitterness against LFC

No one likes him

#LFC @LFC Can’t work out what Sam,Rio,Brady&Joe Cole all have in common?….Oh yeah that’s right they all have an attachment to WestHam!! The fact they have absolutely no shame in making it stupidly obvious there collective agenda at a time like this is just sickening.

The Reds are currently 25 points clear at the top of the Premier League table, but with all football in England suspended due to the recent global pandemic, it’s unclear when the league will resume. Now that Allardyce has come out and given his thoughts on what should happen to the Premier League in its current state, this has given lots of Liverpool fans the opportunity to share what they think of the former Everton manager.

He is a Fergie Cartel Manager. What do you expect?

A former Everton manager suggesting that the league should be cancelled when Liverpool are very close to securing the title is undoubtedly not going to go down well with Reds fans.