Aston Villa fans have taken to Twitter to respond to the latest transfer rumour linking the club with a move for Huddersfield Town striker Karlan Grant.

This comes after Villa fan account @villareport shared a post on their Twitter page relaying news originally published by Sky Sports that both Villa and West Bromwich Albion are “targeting a summer deal” for the striker. 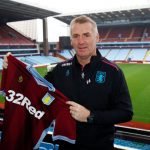 This post then gathered a number of replies from Villa fans who were eager to share their thoughts on this latest news.

preparing for championship already i see

Not bad deal if we go down, just don’t over pay and give him 60k a week

The 22-year-old, who is currently valued at £7.2 million according to Transfermarkt, has scored 16 goals in 35 appearances for the Championship side playing in both the centre-forward and left-wing positions (per Transfermarkt). Now that news has emerged that Villa could be eyeing up a move for Grant during the upcoming summer transfer window, this has caught the attention of a lot of Villa fans who were pleased with this latest target.

If we go down get him absolutely, huge fan of him.

I suggested Karlan Grant as a player we should’ve looked at in January ????#avfc

Grant’s goalscoring record this season has proved that he is a proven threat in the Championship, which is where Villa could find themselves next season if they fail to escape the relegation zone where they currently sit. If Grant does make the move to Villa in the summer, the club will be getting an attacking player that has strengths of finishing, crossing and taking set-pieces (as per WhoScored).