West Brom: Fans ‘not convinced’ Birmingham City star Jude Bellingham would get into their team 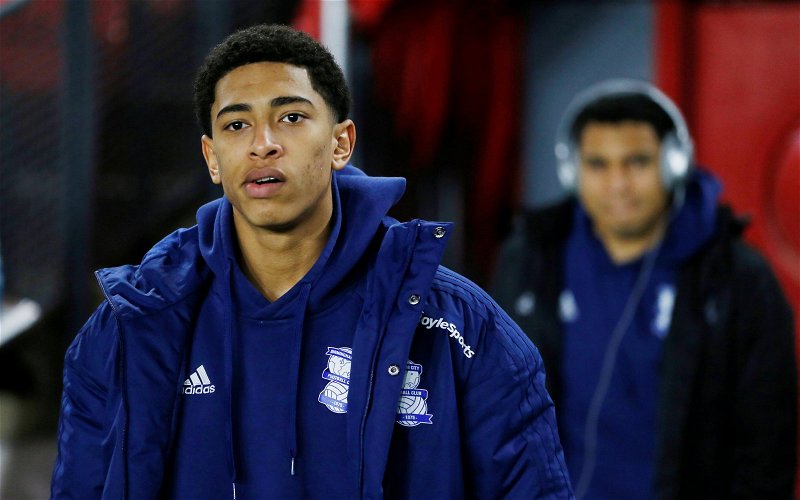 Some West Brom fans shared their belief on social media that Birmingham City’s 16-year-old wunderkind Jude Bellingham would not get into the league leaders’ starting 11.

It has recently been reported that 16-year-old Bellingham has attracted interest from top Premier League clubs such as Manchester United, as well as some of Europe’s top clubs. However, some West Brom fans have taken to Twitter to state that the Birmingham star would not get into the Baggies first 11 at the moment.

Championship-dedicated podcast @TheSecondTier recently raised the controversial question of whether or not Bellingham would make it into every team in the Championship on Twitter.

In response to the tweet, some West Brom fans didn’t shy away from sharing their opinion that the youngster would fail to get into the Championship leaders’ side at the moment, despite the 16-year-old’s potential and rumours of him attracting interest from some European giants.

Read the doubtful replies from some West Brom fans regarding Bellingham’s likelihood of making it into the Baggies first 11 in the tweets below.

So quite a few Birmingham fans are insisting that Bellingham would WALK into EVERY team in the Championship.

Any thoughts on that #WBA, #LUFC, #FFC, #NFFC and #BrentfordFC fans?#BCFC https://t.co/LUShQhHIRP

Nah, would rather have eze

Not convinced he would walk into Wba at all. He may offer squad depth but right now definitely not a first team player.

Don’t think he gets in our attack, could get in the majority of the league though

We're top of the league. Everyone in his position(s) is either at the top of their game right now or very integral to how we play and move the ball. Why would he displace anyone in a team that's literally gotten us to the top of the table? Makes no sense whatsoever.

Furthermore, Whoscored.com has given Bellingham an overall average rating of 6.79 for his performances in the Championship this season. Only five Birmingham players have achieved a higher average overall rating than the 16-year-old this season.

Similarly, Bellingham’s average overall Whoscored.com rating is also higher than all but nine of West Brom’s players this season. Considering that Bellingham has performed as well as he has in a team performing worse overall than the Baggies this season, Bellingham may well be good enough to earn a place in West Brom’s team, after all.