West Brom: Fans identify Ryan Fraser as player they ‘would be happy’ to sign next summer 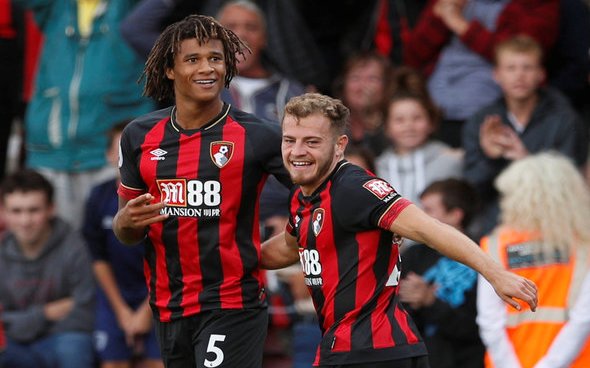 Some West Brom fans have identified Ryan Fraser as the Bournemouth player they “would be happy to see come to The Hawthorns” for next season, should they swap leagues with the Cherries.

West Brom fan account @AllAlbion recently started a discussion amongst some Baggies fans on the topic of which Bournemouth players they “would be happy to see come to The Hawthorns” next season.

However, Fraser’s assist numbers were even more impressive last season, when he finished the season having made a total of 14 Premier League assists, which was a higher number of assists than any other Premier League player made bar Eden Hazard in the 2018/19 campaign.

Despite his impressive playmaking performances last season, Fraser currently finds himself in a relegation battle with Bournemouth, who currently sit just two points above 18th place in the Premier League table. Read the posts from some West Brom fans stating that they would be happy to see Fraser join the current Championship leaders next season if they are promoted in the tweets below.

If Bournemouth do get relegated and we get promoted which Players would you be happy to see come to The Hawthorns and why?

Ryan Fraser i think is underestimated

Fraser , such a hard worker

Ibe? Why would you want him and what has he ever done at PL level? Ake yes all day, Wilson and King are out of our budget and price range. Fraser yes but again will probably want a bigger move but I’m coming back to Ibe? Why would you/we want him?

Fraser I think is on a free. Always liked billing, ake and ibe. There more squad player's we could do with to bolster the squad

Ryan Fraser has proven his ability to have a strong influence in the Premier League throughout his time with Bournemouth. His 21 goal contributions in the 2018/19 season showed how influential the Scottish playmaker can be in England’s top flight. He may be a player who could make an excellent addition to many Premier League squads.

It’s no surprise some Baggies fans have mentioned his name when discussing players that they would like to see at The Hawthorns should they achieve promotion to the Premier League.

However, according to Transfermarkt.co.uk, Fraser’s contract will expire on the 30th June 2020 and a player who has shown the ability to influence games as he has may have numerous Premier League offers to ponder as a free agent.