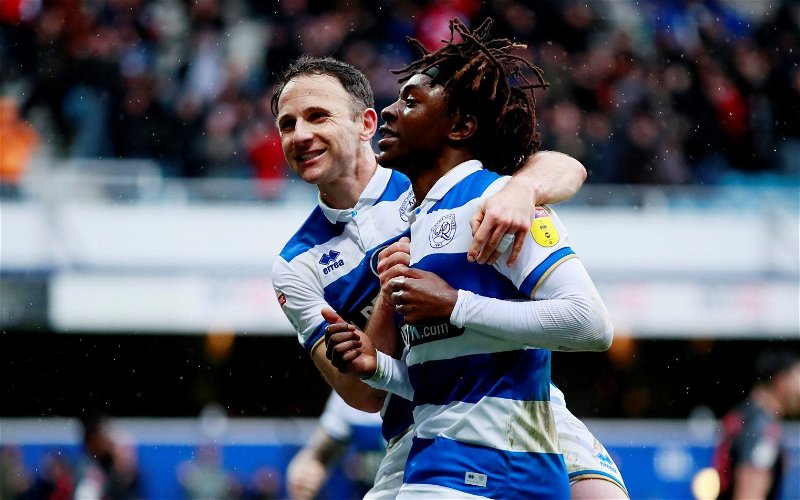 Eze has been in exceptional form for QPR this season, scoring 11 goals and providing seven assists in his 35 Championship appearances for the club.

The 21-year-old has averaged an incredible WhoScored match rating of 7.42 so far this term, currently ranking him as the Hoops’ best-performing player of the season, including another stellar performance in QPR’s victory over Derby on Tuesday.

Following the Derby game, the club posted footage of match-winner Ilias Chair, with the caption: “The coolest man in West London.”

However, Eze appeared to take exception to the tweet, replying: “Coolest man in where???”

In reaction to the £4.5 million-rated attacking midfielder’s light-hearted tweet, QPR fans took to social media, praising Eze and his side for their recent performance.

naa this guy has finished me ?

As a young kid growing up did you ever think you would have the ball squared to you by Rooney to help set up a winner ?

Let the man have the spotlight tonight you’ve been hogging it ?

Eze is quickly becoming one of the brightest young players in the Championship, let alone QPR’s side, as the 21-year-old has been directly involved in 33% of the Hoops’ 53 league goals this season.

With QPR now seemingly safe from a relegation fight this year, and likely too far adrift of the play-off places to make a late charge for promotion, Mark Warburton can perhaps begin to look to next season.

If he manages to keep hold of the talents of Eze, Bright Osayi-Samuel and Chair this summer, while also bringing in reinforcements in the QPR defence, they could yet be a team tipped for promotion in 2020/21.