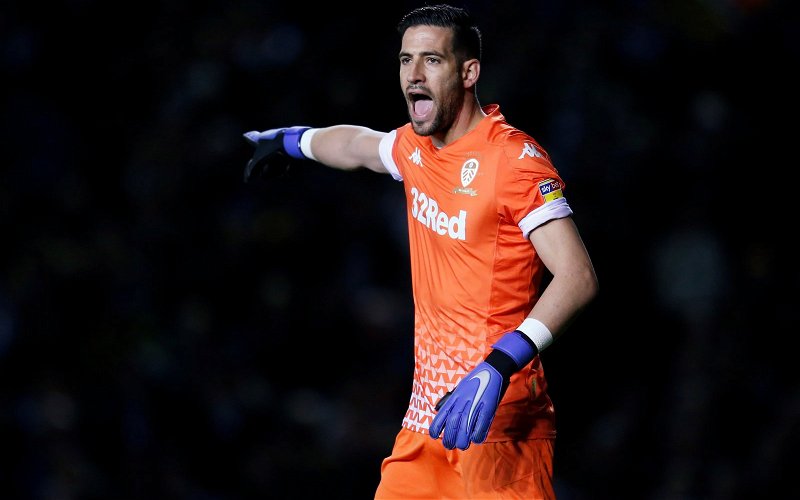 A lot of Leeds United fans have reacted to footage that has emerged online from the Whites’ 1-0 win over Reading.

The video shows Marcelo Bielsa slowly wander over to shake Kiko Casilla’s hand (0:33) after he made a big save at the end of the match to deny Liam Moore (4:16) and ensure that Leeds moved five points clear of third.

Will this be a boost for Casilla?

The Argentine has supported Casilla and refused to condemn him publicly despite making five errors leading to goals since Leeds played Cardiff in December.

However, Casilla has played Leeds’ last two games and kept clean sheets in both.

Certainly, this footage of Bielsa and Casilla has gone down brilliantly with these Whites fans.

Bielsa going onto the pitch to shake Kikos hand after that late save in the @LUFC win over reading.

That’s a huge thing for Kiko. Bielsa never goes on the pitch! Amazing touch by Marcelo

I bet Kiko will never forget that hand shake.

I have something in my eye. ?

Shaking it will injure it more. Savage from Bielsa.

Man management that. Didn’t go to anybody else unless their paths crossed on his was to kiko. Sought him out. Nice one

Hope Biesla sticks around a good few years yet,dread to think who will replace him,he’s irreplaceable

This is where his management style has an advantage. The praise is meant and will be felt by the players when it comes.

Casilla had his FA hearing last week to decide if he was guilty of using racist language towards Charlton Athletic’s Jonathan Leko.

If he is found guilty, he will be banned for a minimum of six matches, but the FA have still not released their decision.

This meant that Casilla started against Reading and made a big save (4:16) in what could be his last match for some time.