Some Celtic fans have been laughing at a video about Kris Boyd that went viral on social media recently.

Celtic picked up a 3-1 win over Kilmarnock in the Premiership at the weekend. The win saw the Hoops extend their lead at the top of the table to 12 points.

After the game, a video of Kris Boyd went viral, with Celtic fan @CMcCeltic posting it on Twitter.

The former Rangers man was playing down talk of dressing room unrest at the Ibrox-based club, criticising those who create rumours of an internal divide as they fell to a disappointing draw at St. Johnstone, with the tweet highlighting seemingly ironic comments Boyd himself made following a Celtic defeat in September 2018.

Does Kris Boyd offend you at all?

No, he's funny and bitter 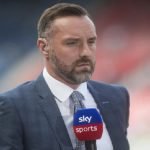 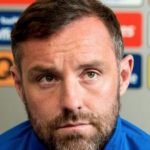 That left many Hoops fans laughing and mocking the former Gers player.

‘It’s a load of rubbish’ that is unless it suits his rhetoric. I’m glad I don’t pay any money to watch these rockets.

I just can’t listen to the man.

This guy is an embarrassment to Scottish Football. An average player and a truly abysmal pundit. His command of language is poor and he can’t articulate basic ideas and concepts. Please @skytv bin Kris Boyd.

He just can’t hide how bitter he is

Since the turn of the year, Celtic are yet to lose a single game across all competitions. They have won seven games in the league since losing 2-1 to Rangers at the end of 2019.

As for Rangers, Steven Gerrard’s men have lost two and have picked up two draws since 2020 began. They have, as a result, slipped to 12 points behind Neil Lennon’s men by winning just four Premiership games during this time.

Celtic fans have every reason to laugh at Boyd, considering how his former club has fallen in 2020 and the apparent hypocrisy of his comments. When Rangers had beaten Celtic at the end of 2019, they were only two points behind the Hoops and had a game in hand as well.

But their failure to take advantage of the situation is certain to leave Celtic fans even more pleased.