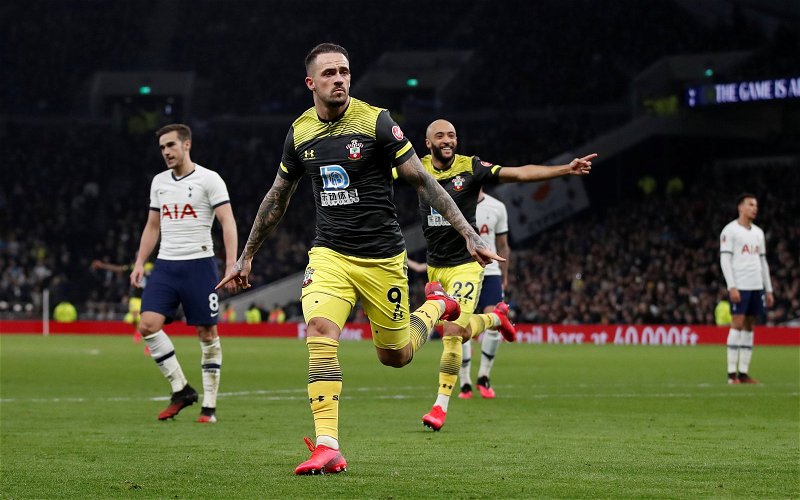 The Euro 2020 finals are looming, and the race for inclusion in Gareth Southgate’s 23 has reached fever pitch. With England sauntering to qualification last autumn, a number of fringe players were given the opportunity to impress, leading to a belief that no player can take his place in the side for granted.

Here are five ‘unlikely’ lads who are contenders, but far from certain to get a place at Euro 2020.

With the knowledge that leading striker Harry Kane may not be fully fit has come a shift in Euro 2020 prices against England almost overnight. With foul memories of a half-fit Wayne Rooney at Euro 2016 still fresh, the door is now open for an alternate pick to replace Kane as the main frontman in the warm-up assignments.

After a winter period that saw Ings go into overdrive for Southampton, a man dismissed as little more than a sicknote journeyman is now in serious contention for a Euro 2020 berth.

During the Premier League winter break, Ings boasted a return of 18 competitive goals in 16 appearances for the Saints this term alone. That figure was enough to see his shot vs goal efficiency more than doubled compared to the same point last season.

As Kane replacements go, Ings ticks a number of boxes. Aside from being a player who thrives on personal momentum, he values shot efficiency, and skews his attacking agenda in favour of proximity over spontaneity. Given the wealth of midfield options at Gareth Southgate’s disposal, there is ample opportunity to accommodate said preference.

Ultimately, with Jamie Vardy unlikely to be coaxed into a return to regular international duty, Ings is the next logical choice, even if only using the Premier League scoring charts alone as justification for inclusion.

Grealish deserves a place based on just how much he has grown as a person, and not just as a player. Tasked with being the hilt of Villa’s most potent attacks in 2018/19, at a time when gaining promotion was utterly paramount in the context of parachute payments, he made last campaign his own and got Villa over the line.

Back in December, he netted a memorable goal at Old Trafford to ultimately seal a draw. That strike against the Red Devils is, however, just one small facet of Grealish’s excellent campaign to date.

At the time of his strike, the Birmingham-born midfielder was the most goal-involved Englishman in the entire Premier League, and it seems as though it is only a matter of positional competition keeping his odds of inclusion relatively long.

As things currently stand, Dele Alli and Alex Oxlade-Chamberlain are likely to lock out two of the midfield places. Also, with the holding midfielder position belonging to Eric Dier, Jordan Henderson or even Harry Winks, Grealish will need to perform at superhuman levels between now and May.

Compared to others Grealish certainly appeared so in the first half of 2019/20, entering December as the second-best chance creator behind the colossal Kevin de Bruyne. There is absolutely no shame in that, and with those numbers besting Alli and Oxlade-Chamberlain at the time, Gareth Southgate has a true selection headache on his hands.

Grealish has many rivals for a CAM spot, and Maddison is also prominent amongst them, having formed a devastating axis with Jamie Vardy, Harvey Barnes and Youri Tielemans at Leicester City. That the Foxes are bound for a second Champions League appearance in four years is mainly down to Maddison’s consistency and creative skills.

Even so, making one’s England debut while the Three Lions lead 5-0 after 56 minutes in a dead rubber of a match is not much of a test. There is still precious little, if anything, on which to assert that Maddison should relegate Alli to the England bench, but his inclusion in the 23 at least looks likelier by the week.

Maddison has been used as a left-sided central midfielder with greater regularity by Brendan Rodgers over the past six months, but he has already established his ability to play down the middle. Gareth Southgate’s desire for his charges to play through the centre gives Maddison a competitive edge in that regard, offering an incisive style that speeds up the transition of play.

His ability to play through the lines of defensive is also a massive asset, increasing his chances of creating the optimal final ball. Again, this can only boost his already-growing chances of making the 23.

If Maddison is a contender for Leicester’s player of the season, then Harvey Barnes must also be up there. The 22-year old Lancastrian has thrived under the fast-paced counter attacking gameplan championed by Brendan Rodgers, and without him, Maddison might never have shown the form that earned him his first cap in November.

Barnes went into the Premier League’s all-new February winter break having registered four goals and six assists, with the latter tally enough to put him in the top-ten of the Premier League’s goal providers at the time. Much of this is down to an apparent focus on distribution during training sessions, but he is also free to express himself in a way that would not have been so consistently possible under Claude Puel or Craig Shakespeare.

Whatever inexperience the Maddison-Barnes axis is perceived to have is more than made up for by sheer creativity. That itself has developed Barnes’ ability to make snap decisions, which only regular playing time can truly engender within a young player, ensuring that his passes value efficiency as much as aesthetic value.

Perhaps the only element counting against him – in the context of a surprise England callup – is the lack of regularity with which he plays key passes. He instead favours a simplistic pass, putting unconditional faith in the likes of Tielemans or Maddison to complete the through ball to Vardy or else deliver a return ball between the opposing defensive lines.

Though the current England setup favours key passes through the middle, a man with the ability to more consistently do the basics in a more advanced position will enable the Three Lions to mix up their style.

Despite making a good individual claim for inclusion, Dunk appears set to be locked out, with Harry Maguire and John Stones being the preferred right-footed centre backs. The Brighton defender has impressed on the domestic scene this season, thriving alongside Andrew Webster in a defensive partnership known for aerial prowess.

Harry Maguire already fits the bill as the main threat on the receiving end of set pieces, but Dunk represents a ready-made alternative. He is also a man who passes with progress in mind, opting to act as the catalyst to an attack down the midfield, rather than play the safe option.

Dunk also offers a lot in the way of tactical flexibility, with Brighton manager Graham Potter deploying him in three or four-man defences. Either way, Dunk has shown excellent adaptability, and may provide Gareth Southgate with differential options in the event of defensive struggles during a key match.