Sheffield Wednesday striker Jordan Rhodes wants to move to Celtic and has not given up hope of a move to Parkhead soon.

He's good enough for that 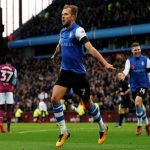 The report says the Owls could be open to selling the player in the summer and the striker’s future is currently up in the air. His current deal at the club runs out in the summer.

So far this season, Rhodes has made 15 appearances in all competitions for the club. 12 of them have come in the Championship, where he has scored a total of three goals for the side this season.

Meanwhile, his spell at Blackburn was highly productive. He made 169 appearances for them, scoring 84 goals. At Huddersfield Town, he scored 86 times in 147 games across all competitions.

As much as Rhodes is a proven goalscorer, Celtic signing him may not make sense because of the options they currently have in that part of the pitch. Patryk Klimala came in January, with the club already having Odsonne Edouard and Leigh Griffiths as the other options. Rhodes would add depth but he may not get regular football.