A lot of Wolverhampton Wanderers fans have replied to a tweet by Talking Wolves discussing who the referee will be for Wolves’ match with Norwich City.

Are you bothered about who is the referee? 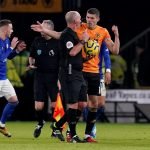 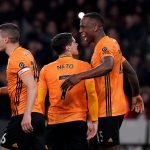 Chris Kavanagh will be the referee, and Michael Oliver will be the VAR official, and this has drawn a response from these Wolves fans.

Michael Oliver on VAR ?????, so basically if we score it will be disallowed ?

So Michael Oliver is the referee then? #VAR

What’s our record with Michael Oliver on VAR duty?

Kavanagh has taken charge of 18 Premier League matches this season and of them, not a single one has involved the Old Gold.

Last season Kavanagh oversaw three games for the Old Gold and Wolves won two of these.

Michael Oliver, on the other hand, has a much worse record for Wolves having taken charge of two games this season and the Old Gold have not won either.

Despite this, though, Wolves should feel confident of securing a result against the Premier League’s bottom side.

The Canaries have only won one away match this year so Wolves can feel confident of securing a result.