Some Tottenham Hotspur fans have been reacting to the comments of Ajax boss Erik Ten Hag about their defender Jan Vertonghen.

Ten Hag was recently talking to Ziggo Sport (via Sport Witness) when he was asked about Vertonghen. He admitted that the club is following the defender’s situation ‘very closely’ and he also said that it doesn’t matter ‘how old’ the player is.

Who do you want in return for Vertonghen? 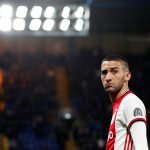 Has to be Van de Beek 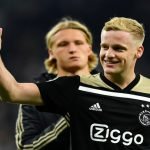 These comments were relayed on Twitter and it got many Tottenham fans talking. They made their opinions about the Belgian very clear.

Give us Ziyech and you can take Jan

Really hope super jan gets his move back there. He deserves it. So much love for that man @JanVertonghen

This would be great. Jan has been brilliant at Spurs and he deserves the best possible farewell whenever that is. Ajax are a class outfit and how fitting for him to return to them. He will always be loved at Spurs.

Hope he gets there. Still in the CL, probably winning trophies, everything a guy could hope for at the end of his career

The defender started for Spurs in their recent 3-2 win over Southampton in the FA Cup, but he was taken off in the second half, with the Belgian seeming emotional after being substituted and was seen breaking down on the bench.

So far this season, Vertonghen has made 22 appearances in all competitions for the Lilywhites. 16 of them have come in the Premier League and his only coming as he scored the late winner against Wolves away from home in December.

The 32-year-old has been dribbled past 0.6 times per game in the Premier League this season. That is his worst tally since the 2013-14 season. It shows that the player is probably past his prime, and perhaps best for Spurs to part ways with him.